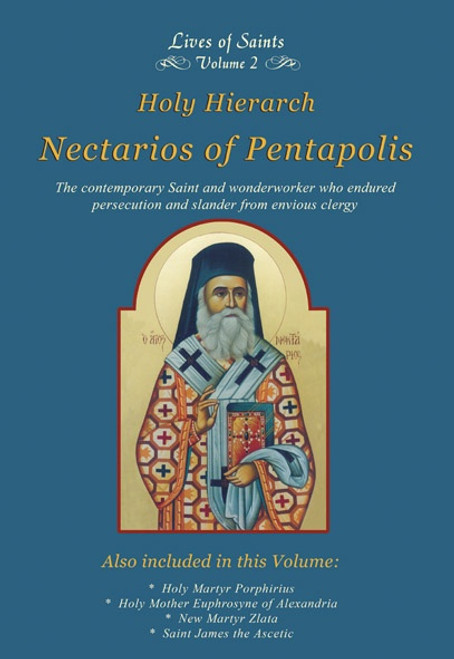 Saint Nectarios of Pentapolis: Saint Nectarios (1846-1920) has become one of the greatest Saints that lived in the last century.Â  His asceticism consisted neither of living in the desert nor of exceptional fasting, but rather in the endurance of persecution and slander from his own fellow clergymen.Â  He founded a womenâs monastery in Aegina, Greece, that has become an international place of pilgrimage.Â  His many miracles, especially his healing of cancer, have earned him the title of wonder-worker.Â

Saint Euphrosyne of Alexandria took upon herself the unusual and difficult ascetic life of impersonating a man in order to avoid recognition by her relatives.

Holy New-Martyr Zlata (â 1795) also known as Chryse (which means gold), was in martyrdom tested as gold in the furnace. The life of Saint Zlata, who was urged by her parents and relatives to deny Christ in order to save her life, serves an example of when Godâs commandment âhonour your father and your mother...â (Exodus 20:12) may be broken.Â Â

Saint James the Ascetic: After giving away everything that he owned, as the Lord commanded, he fell into pride and then deception. Later with Godâs grace, he repented and was found worthy of salvation.

Holy Martyr Porphyrius the Mimic publicly mocked the Churchâs Mysteries until he was enlightened and forgiven by God.

St. Nectarios of Pentapolis and the Island of Aegina: The Monastic Ideal, Vol. 2

St. Nectarios of Pentapolis and the Island of Aegina: The Monastic Ideal, vol. 1