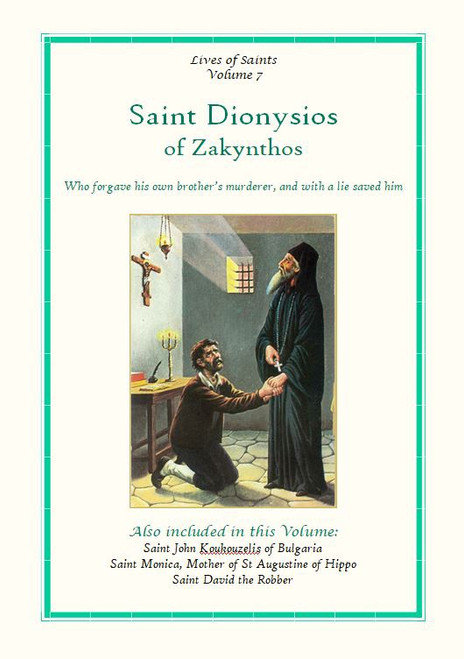 Saint Dionysios of Zakynthos: One of the greatest things is to be able to forgive oneâs enemy.Â  This beautiful and edifying life tells of how, through Godâs grace, Saint Dionysios was able to forgive his own brotherâs murderer.Â  Putting away his natural and human pain, he brought the murderer to repentance, saving his soul from eternal damnation, and showing the depth of Godâs mercy and love for sinners.Â Â

Saint John Koukouzelis the angel-voiced monk of Bulgaria, composed many of the most beautiful hymns of the Holy Church.Â  Fearing the flattery and praise of men, he fled to Mount Athos and presented himself as a shepherd.

Saint Monica was a holy mother who converted her son, Saint Augustine of Hippo, to the Christian Faith through prayer, patience, and great faith in God.

Saint David the Robber was a former notorious bandit who repented and dedicated his life to God as a monk.