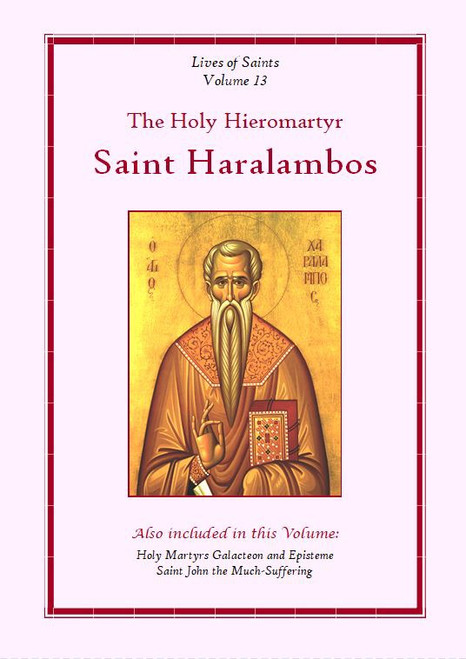 The Holy Hieromartry Haralambos: When a violent persecution broke out against the Christian Faith, Saint Haralambos did not hide from his persecutors, but freely and openly, without fear and despite his old age, preached the Christian Faith.Â  He publicly denounced the falsehood of the emperor for which he was arrested by the pagans.Â  During his martyrdom he performed great wonders and brought many to the Faith, including the emperorâs own daughter.Â  He is especially invoked for protection against epidemics and plagues.

Holy Martyrs Galacteon & Episteme:Â  After the conversion of Episteme to the Christian faith, both husband and wife agreed to enter into separate monasteries.Â  They were later deemed worthy to martyr together.

Saint John the Much-Suffering was of the Kiev Caves and struggled for thirty years to overcome the passion of lust.

On the Holy Icons