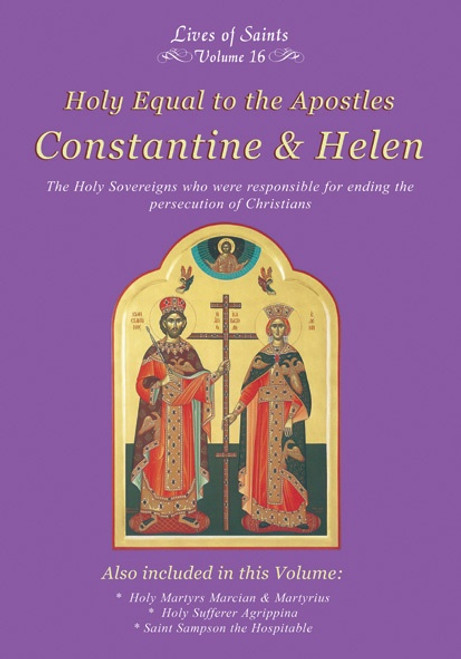 Holy Equal to the Apostles Constantine & Helen: Saint Helen converted her son, Saint Constantine, to Christianity through her prayer and example. He, as Emperor, was responsible for ending the persecution of Christians in the Roman Empire.Â  He built churches, spread Christianity throughout the Empire, and convoked the First Ecumenical Council, which composed the first part of the Creed.Â  These saints are invoked for help in marriage.

Holy Martyrs Marcian & Martyrius were great preachers of the word of God and defenders of the Church during the Arian heresy. They were glorified as martyrs for their confession that Christ is âtrue God of true God; begotten, not made; being of one essence with the Father.âÂ  This inspiring life demonstrates the importance of adhering to Orthodox doctrine, even when threatened with death.Â

Holy Sufferer Agrippina endured a horrible disease from the age of five.Â  This life is an example of Christian patience in sickness.Â  It is often forgotten that one can become a martyr through the patient endurance of a long and tormenting illness.

Saint Sampson the Hospitable: Today, when the word âhospitalityâ has lost its meaning, this life helps one understand its true Christian nature.