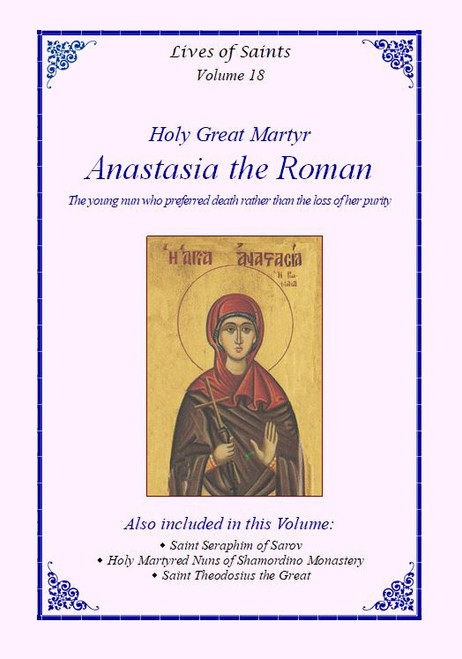 Great Martyr Anastasia the RomanÂ was orphaned very young, and brought up in a monastery which was under a holy abbess.Â  She confessed Christ and was martyred at the age of seventeen.

Saint Seraphim of Sarov is one of the greatest Russian ascetics and wonderworkers.Â  He was distinguished by his great humility, for which he gained the grace of God and the veneration of countless people, both during his lifetime and after his repose.

The Holy Nuns of Shamordino: These extraordinary and courageous nuns suffered heroically during the Communist yoke in Russia.