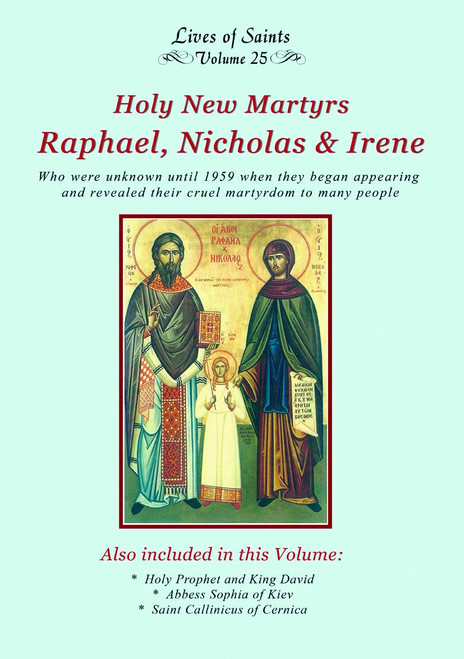 The Holy Martyrs Raphael, Nicholas & Irene: Having martyred during the Turkish occupation of Greece, these Saints did not show themselves until 1959.Â  The Martyrs began to appear to certain pious people, and the story of their lives and martyrdom became known.Â  Saint Raphael was a priestmonk, Saint Nicholas his beloved deacon, and Saint Irene was the twelve-year-old daughter of the mayor.Â  Each day the shrine of their relics receives a multitude of pilgrims seeking healing, strength and help.

The Holy Prophet and King David fell into two grave sins - adultery and murder - but later repented with tears and pain of heart.

New Russian Martyr Abbess Sophia of Kiev was a defender of the Faith during the Communist Revolution in Russia.

Saint Callinicus of Cernica was a model of all Christian virtues.Â  This holy bishop remains the most beloved and venerated Saint of Romania.