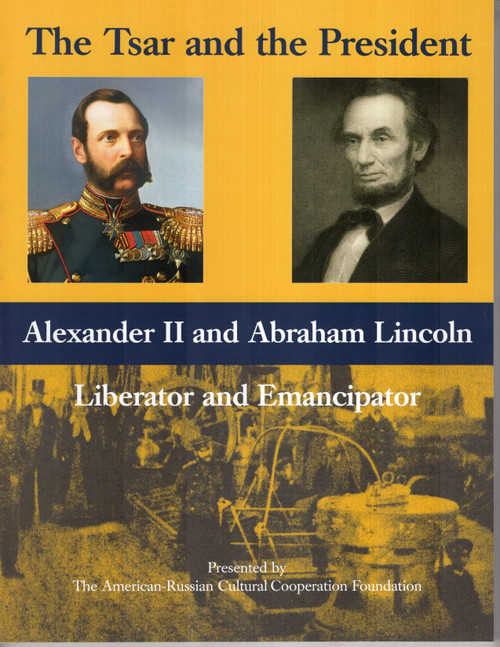 In 1861 Abraham Lincoln had just been inaugurated as the sixteenth President of the United States. Fort Sumter had surrendered to Confederate forces, and soon the Civil War would tear the nation in two. Half a world away in Russia, Tsar Alexander II proclaimed his Manifesto liberating twenty million serfs, one of the most transformative legislative acts in Russia’s history. Alexander’s liberating reforms would soon be mirrored by Lincoln’s Emancipation Proclamation, freeing Americans held in slavery.

The Tsar and the President, a companion volume to a museum exhibition, documents the fascinating parallels in the lives of Alexander II and Abraham Lincoln, lives that each ended in assassination. Though separated by upbringing, class, rise to power, and geographical distance, Lincoln and Alexander II were both reformist leaders who faced violent dissent on the homefront. This book features nine essays by historians that examine the diplomatic relations between Russia and the United States in the 1860s, the similar challenges faced by Alexander and Lincoln, and each leader’s early years, path to office, vow to liberate, and tragic assassination. The volume includes excerpts from diplomatic dispatches and letters and more than fifty paintings, portraits, illustrations, and photographs of artifacts related to Russian-American relations of the era.