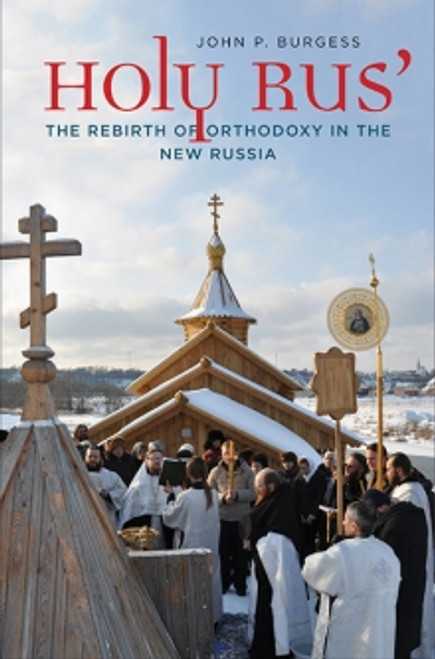 A fascinating, vivid, and on-the-ground account of Russian Orthodoxy’s resurgence

A bold experiment is taking place in Russia. After a century of being scarred by militant, atheistic communism, the Orthodox Church has become Russia’s largest and most significant nongovernmental organization. As it has returned to life, it has pursued a vision of reclaiming Holy Rus’: that historical yet mythical homeland of the eastern Slavic peoples; a foretaste of the perfect justice, peace, harmony, and beauty for which religious believers long; and the glimpse of heaven on earth that persuaded Prince Vladimir to accept Orthodox baptism in Crimea in A.D. 988.

Through groundbreaking initiatives in religious education, social ministry, historical commemoration, and parish life, the Orthodox Church is seeking to shape a new, post-communist national identity for Russia. In this eye-opening and evocative book, John Burgess examines Russian Orthodoxy’s resurgence from a grassroots level, providing Western readers with an enlightening, inside look at the new Russia.

John P. Burgess teaches at the Pittsburgh Theological Seminary. A Fulbright Scholar to Russia in 2011, he has travelled extensively within Russia, lived in Moscow and St. Petersburg, and made pilgrimage to some of Russian Orthodoxy’s most important monasteries, parishes, and holy sites.  He is the author of four other books on religious subjects and lives in Pittsburgh, PA.

Cutting Board for Holy Lamb 01