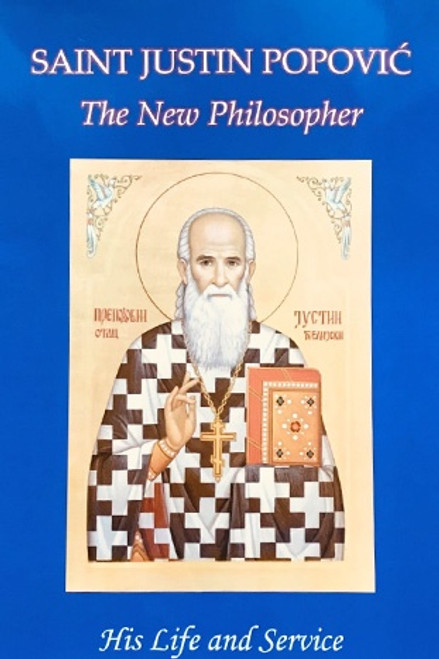 SAINT JUSTIN THE NEW PHILOSOPHER,  canonized by the Serbian Orthodox Church in 2010, a fierce advocate of Orthodox Truth in Christ the Godman (Bogočovek), the finest systematic dogmatician since Saint John of Damascus, the compiler of the  Lives of the Saints (Žitija Svetih), the masterful liturgist and homilist, who was persecuted for his prophetic messages as an “enemy of the State“ by his own people, the Communist authorities in Belgrade after World War Two, being forced to live in confinement for over thirty years in Monastery Ćelije, was recognized in his lifetime for his holiness, miracles, deep hesychasitc spirituality and inspiring pastoral acumen, and who is now universally recognized as a Saint whose intercessions and divine presence are converting his homeland and all God-seekers unto life in Christ, by the power of the Holy Spirit, in the bosom of our Heavenly Father, in the Orthodox Church of the Living God, the Pillar and Bulwark of Truth.

Rev. Dr. Daniel M. Rogich presents here his detailed  Life of Saint Justin, first ever in English, together with a complete masterfully translated first ever complete divine services: Vigil Service (Vespers and Matins), Divine Liturgy and Akathist to the Saint, translated from the Greek, Slavonic and Serbian sources.

The Life and Writings of Blessed Justin Popovich

The Life and Writings of Blessed Justin Popovich