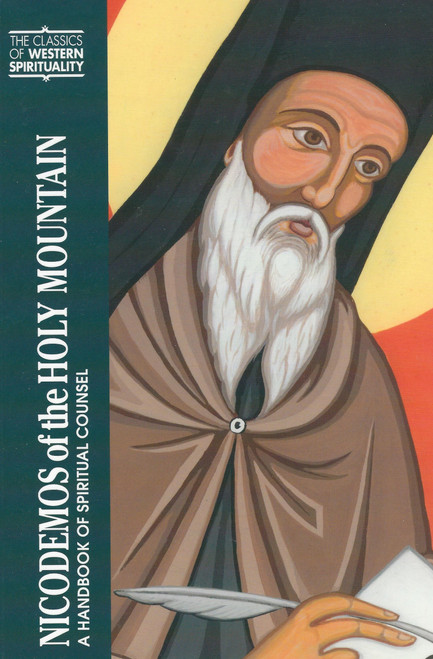 by Nicodemos of the Holy Mountain
Paperback : 241 pages

"Such philosophers considered man to be only a microcosmos, minimizing and restricting his value and perfection within this visible world. God, on the contrary, has placed man to be a sort of macrocosmos- a greater world within the smaller one." -Nicodemos of the Holy Mountain

St. Nicodemos was born on the island of Naxos in 1749, when the Ottoman Empire still cast its shadow over the once powerful lands of Byzantium. Studying under the monk Ierotheos Voulismas at the Evangelical school in Smyrna, he was introduced to the Kollyvades monks of Mount Athos whose strict life and zeal for holiness, combined with a love of learning, made them the leading biblical and patristic scholars in the Byzantine world of the late eighteenth century. Nicodemos entered the monastery on Mount Athos at twenty-six, and devoted himself to a life of asceticism and learning.

It is no exaggeration to say that he was among the most influential Orthodox writers of the last two centuries. His writings on apologetics, hagiography, ascetical and pastoral theology, ethics, patristics and liturgies comprise over two hundred works.

Included in this volume, A Handbook of Spiritual Counsel, which was composed during a self-imposed exile on the island of Skyropoula. This work, written during the time of the Age of Enlightenment in western Europe, proceeds from the truths of revelation as interpreted by the Greek Fathers, and not from Descartes. This exceeds in sublimity any enlightened vision of man who, by the powers of reason, perceives the principles by which the universe is ordered.

Spiritual Dimensions of the Holy Canons