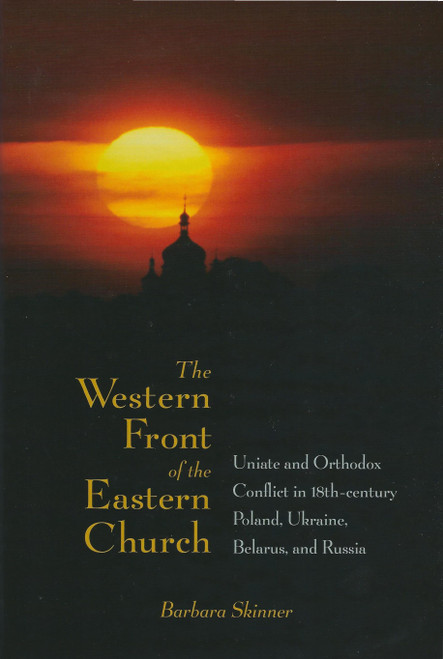 The dissolution of the Polish-Lithuanian Commonwealth in the late 18th century and the incorporation of the majority of the Ruthenians - ethnic Ukrainians and Belarusians - into the Russian Empire from the backdrop for confessional history critical to modern Ukrainian, Belarusian, and Russian identities.

In a region long shaped by religious and cultural tensions between the Roman Catholic and Eastern Orthodox churches, the creation in 1596 of the Uniate church, which retained the Eastern rite but accepted Catholic doctrine, cut a new religious fault line through Ruthenian communities that set the stage for religious and political conflict. Drawing on archival sources from Russia, Poland, and Ukraine, "The Western Front of the Eastern Church" addresses the shifting identity and fate of Ruthenians on both sides of the Orthodox/Uniate divide during the politically charged era of the partitions of Poland.

Skinner investigates diverging components of these faith communities in the 18th century, the changing political landscape as the Russian Empire expanded its borders, and the religious tensions and violence that occurred as a result. She reveals cultural influences that shaped Ukrainian and Belarusian identities and sheds light on aspects of Russian imperial identity as it laid claim to its western borderlands.

The confessional focus critiques the nationalist perspective that has dominated the presentation of Ukrainian and Belarusian history, and Skinner's treatment brings the region into the broader discussion of confessional development in Europe as a whole. This book is essential reading for those interested in the history of relations between the Roman Catholic and Orthodox churches, as well as those studying the tensions between Russia, Ukraine, and Belarus today.

The Sleepy Bear and the Golden Whispers