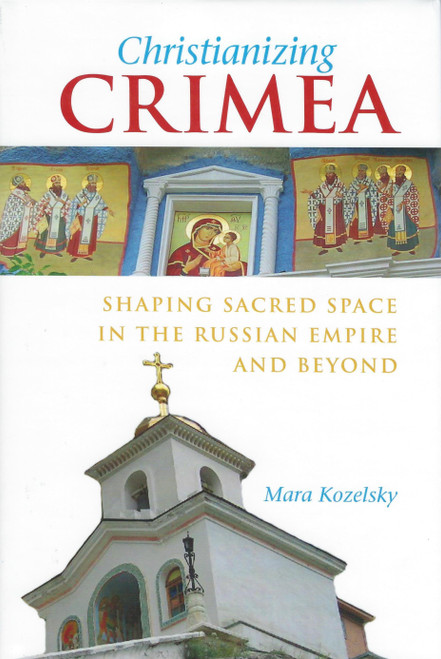 In 19th-century Russia, religious culture permeated politics at the highest levels, and Orthodox Christian groups—including refugees from the Russo-Ottoman wars as well as the church itself—influenced Russian domestic and foreign policy. Likewise, Russian policy with the Ottoman Empire inspired the creation of a holy place in ethnically and religiously diverse Crimea. Looking to the monastic state of Mount Athos in Greece, Orthodox Church authorities in the mid-1800s attempted to create a monastic community in Crimea, which they called “Russian Athos.” The Crimean War catalyzed the Russian Christianization that had begun decades earlier and decimated Crimea’s Muslim population. Wartime propaganda portrayed Crimea as the cradle of Russian Christianity, and by the end of the war, the Black Sea Region acquired a Christian identity. The same interplay of religion, politics, and culture has found new ground in Crimea today as its sacred monuments and ruins lie vulnerable to abuse by nationalist groups sparring over the land.

Christianizing Crimea is the first English language work to analyze the Christian renewal in Crimea. Drawing on archives in Odessa, Simferopol, and St. Petersburg that to date have remained untapped by Western scholars, Kozelsky provides both a fascinating case study of past and present religious nationalism in Eastern Europe and an examination of the political conflicts and compromises endemic to holy places. She explores the diverse strategies of church expansion, the importance of Byzantine history and the Greek population, the assimilation of local pagan and Tatar traditions into sacred narratives, the crafting of Russian identity through print culture, and Crimea’s re-Christianizing in the post-Soviet era. Kozelsky’s unique approach joins the fields of contemporary history, religion, and archaeology to show how Crimea has been reshaped as a holy place. Christianizing Crimea will appeal to both scholars and general readers who are interested in past and current religious and political conflicts.

Sacred Catechism of the Orthodox Church