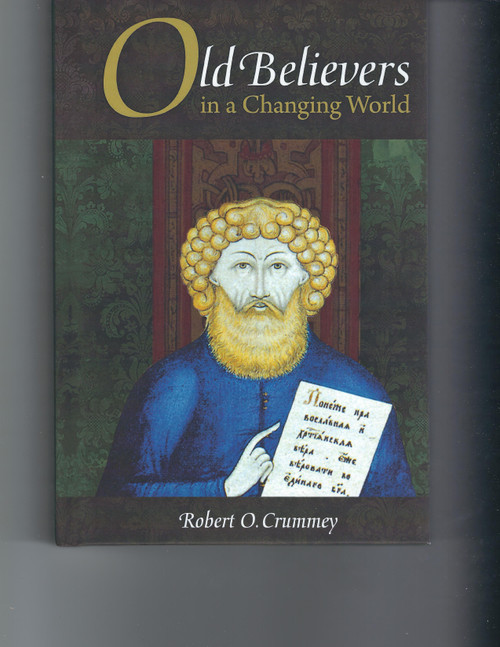 This important collection of essays by a pioneer in the field focuses on the history and culture of a conservative religious tradition whose adherents have fought to preserve their beliefs and practices from the seventeenth century through today. Old Belief had its origins in a protest against liturgical reforms in the Russian Orthodox Church in the mid-1600s and quickly grew into a complex torrent of opposition to the Russian state, the official church, and the social hierarchy. For Old Believers, periods of full religious freedom have been very brief―from 1905 to 1917 and since the fall of the Soviet Union. Crummey examines the ways in which Old Believers defend their core beliefs and practices and adjust their polemical strategies and way of life in response to the changing world.

Opening chapters survey the historiography of Old Belief, examine the methodological problems in studying the movement as a Russian example of "popular religion," and outline the first decades of the history. Particular themes of Old Believer history are the focus of the rest of the book, beginning with two sets of case studies of spirituality, culture, and intellectual life. Subsequent chapters analyze the diverse structures of Old Believer communities and their fate in times of persecution. A final essay examines publications of contemporary scholars in Novosibirsk whose work provides glimpses of the life of traditional believers in the Soviet period.

072 PFK: The Creation of the World

Illness and the Believer

Illness and the Believer