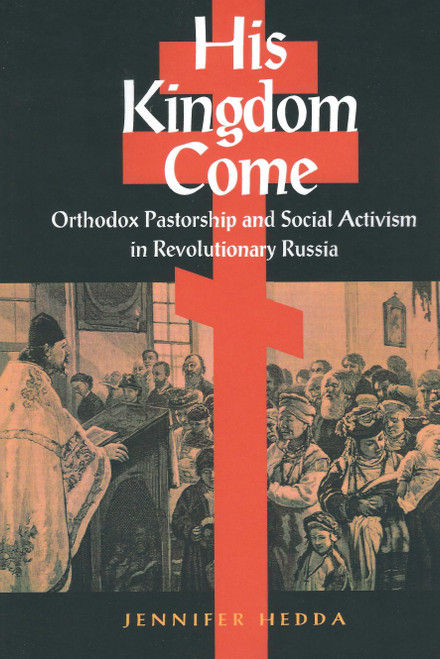 Jennifer Hedda analyzes the ideas and activities of the parish clergy serving in St. Petersburg, the capital of imperial Russia, in order to discover how the Russian Orthodox Church responded theologically and pastorally to the profound social, economic, and cultural changes that transformed Russia during the nineteenth and early twentieth centuries. The challenges of modernity forced the Orthodox clergy, like other members of educated society, to re-examine their interpretation of the Church's earthly mission and their own role in fulfilling it. During the mid-nineteenth century, Orthodox theologians began to argue that the church had a responsibility to society as well as to individuals, and to assert that its mission was to lead believers in building a society that manifested the gospel principles of love, mercy, charity, and justice.

The idea of creating "the kingdom of God" on earth inspired many clergymen, who dramatically increased their social outreach work in the last two decades of the nineteenth century: preaching during church services, teaching outside their churches, organizing charities, establishing temperance societies, and engaging in a host of other activities that involved them in the daily lives of their parishioners.

His Kingdom Come challenges many common assumptions about the Orthodox Church as a weak and passive institution that did not respond to the demands of the modern world―demonstrating that it played an active and creative role in late imperial society, albeit on its own terms rather than those of its secular critics.

A Man Is His Faith: Ivan Kiryevsky and Orthodox Christianity

Parenting Toward the Kingdom: Orthodox Christian Principles of Child-Rearing