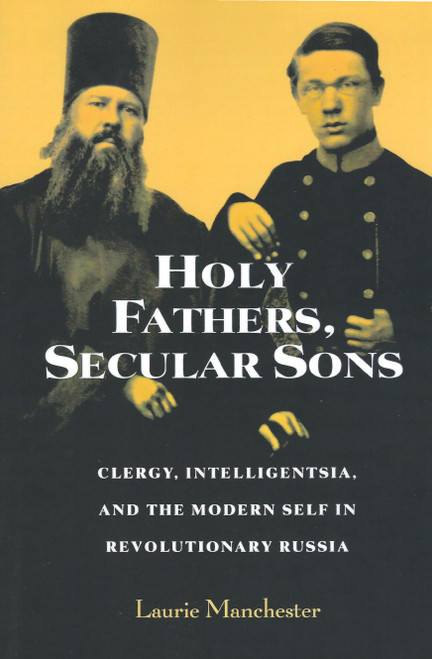 Holy Fathers, Secular Sons is the first study of the Orthodox clergy's contribution to Russian society. Prior to the 1860s, clergymen's sons were not allowed to leave the castelike clergy in large numbers. When permission was granted, they responded by entering free professions and political movements in droves. Challenging the standard view of educated pre-revolutionary Russians as largely westernized, secular, and patriarchal, Laurie Manchester demonstrates that the clergymen's sons did retain their fathers' values. This was true even of the minority who became atheists. Drawing on the clergy's commitment to moral activism, anti-aristocratism, and nationalism, clergymen's sons believed they could, and should, save Russia.

Using a massive array of previously untapped archival and published sources―including lively first-hand autobiographical writings of over two hundred clergymen's sons―Manchester constructs a composite biography of their childhoods, educations, and adult lives. In a highly original approach, she explores how they employed the image of the clerical family to structure their political, professional, and personal lives. Manchester's work provides a window into an extremely significant but little-known world of Russian educated culture while contributing to histories of lived religion, private life, and memory, as well as to debates over secularization, modernity, and revolution. Holy Fathers, Secular Sons powerfully challenges the assumptions that radical change cannot be inspired by tradition and that the modern age is inherently secular.

Grace for Grace: The Psalter and the Holy Fathers

The Bible and the Holy Fathers for Orthodox