On the Divine Liturgy 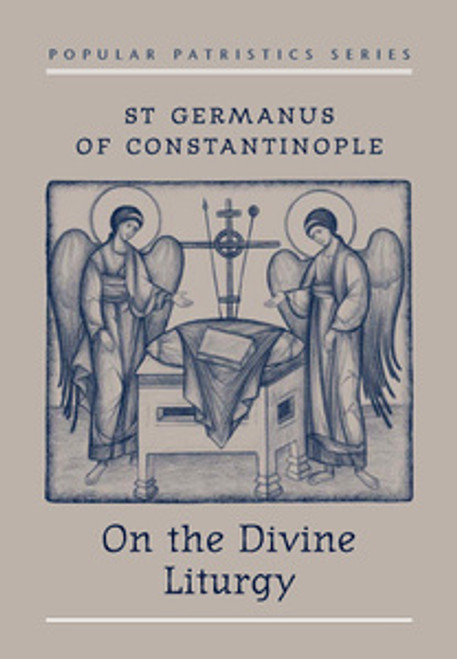 On the Divine Liturgy

The eighth-century document Historia Ecclesiasticaof Germanus, Patriarch of Constantinople (715-730) was for centuries the quasi-official explanation of the Divine Liturgy for the Byzantine Christian world. Although "allegorical" in content, its interest lies in its historical value, for it appeared at a time of great flux in the life of the Byzantine Church, at the outbreak of the iconoclastic controversies, a period which marked a strong shift in theology and piety.

The theological significance of this document and its usefulness in understanding the form of the liturgy celebrated in the eighth century is discussed in an extensive introduction by the translator, Paul Meyendorff. The introduction includes an exposition on mystagogical catecheses and the development of an historicizing system of liturgical symbolism.

A Commentary on the Divine Liturgy

A Child’s Guide to the Divine Liturgy

The Divine Liturgy for Choir and Laity

A Commentary on the Divine Liturgy

On the Ecclesiastical Mystagogy

The Experience of God (Vol. 4): The Church - Communion in the Holy Spirit

The Divine Liturgy of Our Father Among the Saints John Chrysostom: Slavonic-English Parallel Text