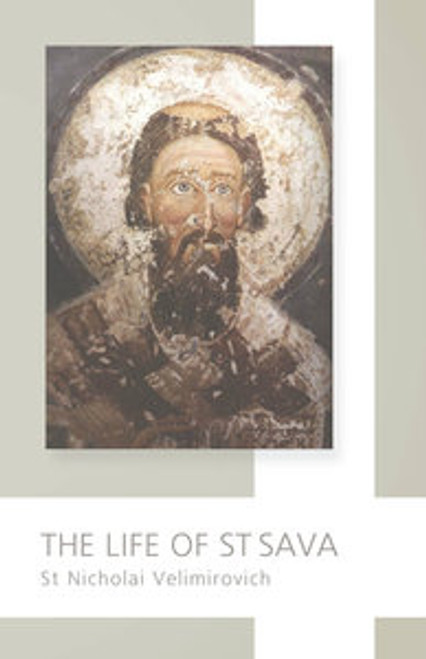 St Sava is among the best known and loved Serbian saints. Born in 1173, as a young man he left the home of his father, the King of Serbia, went to Mount Athos, became a monk and founded the great monastic house of Hilandar. In 1219 he was appointed the first archbishop of the newly organized autocephalous Serbian Orthodox church. He died in 1236 and was later canonized as the spiritual enlightener of the Serbian people.

St Nicholai writes about St Sava in a simple, moving, and clear manner. He uses his sources to convey the atmosphere and history of the time. Often brief chapters are accompanied by his meditations on the meaning of particular events in the life of the saint. St Sava, he writes, “wanted only through the nationally organized church to make his people worthy members of the universal Orthodox family of Christ. He himself was permeated with the spirit of ecumenical Christianity. As such, he felt at home in every Orthodox community of every race and language.”

The Life and Miracles of Blessed Xenia of St. Petersburg

Treasures New and Old: Writings by and about St. Nikolai Velimirovich