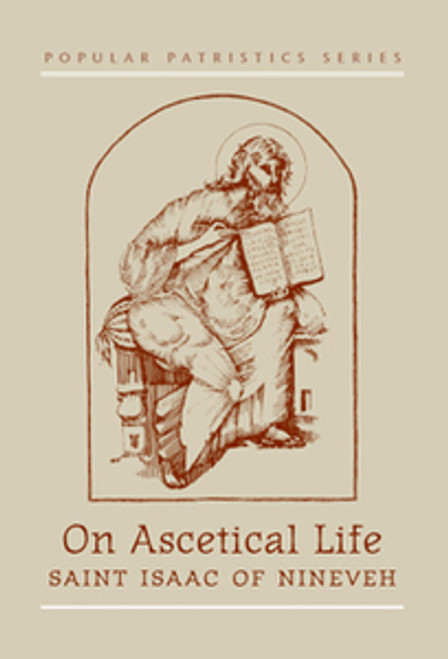 Isaac of Nineveh was a native of Bet Qatraye near present-day Bahrain on the Persian Gulf. A teacher and monk, he was consecrated bishop (ca. 660-680), but preferred to live out his live as an anchorite. A Scriptural scholar, he studied Scripture so much that he became blind and had to dictate his writings. He died at an advance age and was buried in Rabban Shabur, where he spent most of his monastic life.

St Isaac's monastic anthropology has a major influence on all of Byzantine spiritual literature. The way toward God, in his writing, was threefold: the way of the body, the way of the soul, and the way of the spirit. In the first stage, the person begins with a total preoccupation with the passions and moves toward God by means of bodily works: fasting, vigils, and psalmody. The next stage involves a struggle against thoughts foreign to the nature of the soul, turning from created objects to the contemplation of God's wisdom and a transformation within. As the person arrives at a total openness of the soul to the future hope, he proceeds to the final stage of unified knowledge, which is an attitude of wonder and praise in continual prayer to God, leading to the freedom of immortal life that is given after the resurrection.

This translation, by Mary Hansbury, of St Isaac of Nineveh's work On the Ascetical Life is based on the Syriac text edited by P. Bedjan in Mar Isaacus Ninivita, De Perfectione Religiosa.

The Life in Christ

The Way of the Ascetics

Commentary on the Psalms, Vol 1