On the Soul and the Resurrection 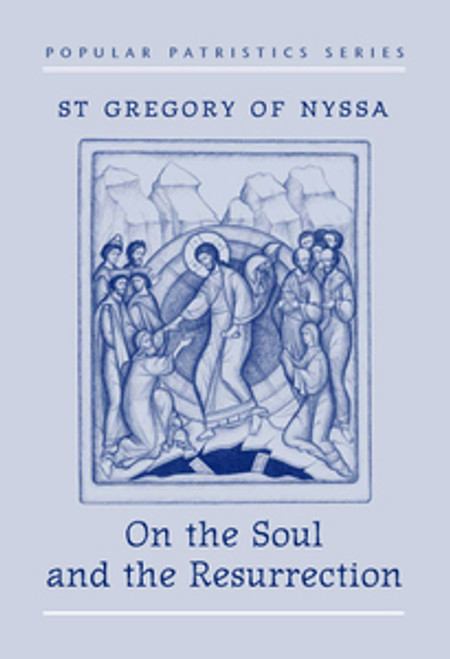 On the Soul and the Resurrection

The resurrection of the body, perhaps more than any other Christian doctrine, requires us to face the implications of faith for our personal lives and for our understanding of the world.

This issue faced St Paul in his dealing with the early church and also troubles St Gregory of Nyssa in the fourth century AD. St Gregory, educated in the prevailing Greek philosophical system, yearned to synthesize his faith and his philosophy. Struggling with the issue of resurrection, he followed Plato's example and dramatized the interior workings of his mind in dialogue form, in which his elder sister St Macrina plays the role of teacher.

The position which Gregory and Macrina eventually reach corresponds essentially to that of St Paul, namely that our bodies will rise again as bodies, but in a finer and more glorious form than we have now. Expressing this belief in terms of Greek silence, the dialogue assumes that the same physical elements which compose our present bodies much be reassembled in our resurrection bodies; otherwise our bodies would be recreated rather than raised.

Immortality of the Soul

013: The Resurrection of Christ

The Refuge: Anchoring the Soul in God

The Departure of the Soul: Reader's Edition

On the Mother of God

On the Two Ways: Life or Death, Light or Darkness

Immortality of the Soul