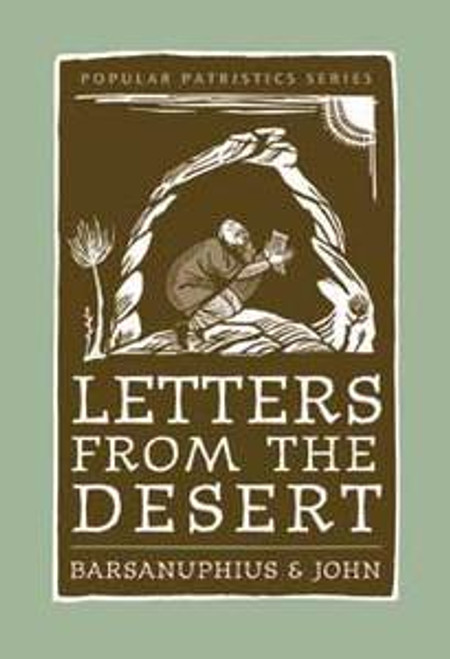 Two monastic elders - the "Great Old Man" Barsanuphius, and the "Other Old Man" John - flourished in the southern region around Gaza in the early part of the sixth century. Maintaining strict seclusion within their cells, they spoke to others only through letters by way of Abba Seridos, the abbot of the monastic community in Gaza, where these two holy men lived in silence.

The authority of John may be described as more institutional, responding as he does to problems of a practical nature; the authority of Barsanuphius is more inspirational, responding to principles of a spiritual nature. Thus, they complemented each other and together they maintained a harmonious "authority-in-charity." Rather than the Western emphasis on discipline, these two elders retained an emphasis on discernment, thus preserving the flexibility and fluidity of the Egyptian desert lifestyles (from whence Barsanuphius had been formed). Nevertheless, both men were highly educated and displayed a fine intellect, as is reflected in their writings.

In the East, one sought out an elder, an Old Man (a geron in Greek or an abba, the Coptic word) as a spiritual director, and this was the chief role of monastic community to the surrounding community. These letters of the two Old Men were written to hermits, to monks in the community, to those in the choir, to priests, and to lay persons. Some were intended for advanced instruction, while others were intended for novices'according to the capacity of the inquirer. So one must not perceive as a general rule words spoken to souls at different spiritual levels. Still, these questions and answers evoke the image of the Christian tradition being passed from elder to disciple, and the contemporary reader will be able to appreciate the method and possibly be inspired to imitate the message.

The Lives of the Great Desert Fathers

The Sayings of the Desert Fathers

The Sayings of the Desert Fathers

Made for Union: The Sacramental Spirituality of St. Nikodemos of the Holy Mountain