The Testament of the Lord: Worship & Discipline in the Early Church 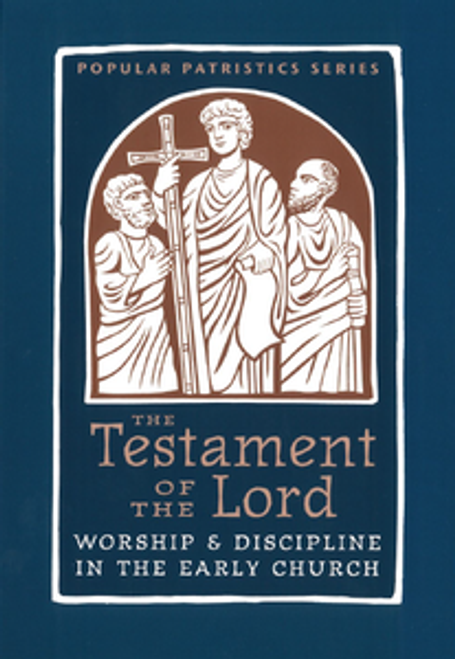 The Testament of the Lord: Worship & Discipline in the Early Church

The Testament of the Lord is one of several ancient “Church Order” texts. Written in the first four centuries of the Church, they direct Christian conduct and morality, ecclesiastical organization and discipline, and the Church’s worship and liturgical life. Beginning with an apocalyptic section in which the risen Lord himself addresses the reader, The Testament then describes the building of a church, the mode of appointment for clergy and monastics, and the conduct of daily prayers and of other liturgical services.

The text is newly translated from the extant Syriac (with an eye to Ethiopic manuscripts), and the introduction makes the case for a fourth century Cappadocian redactor who gave the work its present shape, though much of its material goes back at least to the third century. Those who are interested in early Church Orders will also be interested in the Didache and St Hippolytus’ On the Apostolic Tradition.

Orthodox Worship: A Living Continuity with the Synagogue, the Temple, and the Early Church

Orthodox Mysteries: Sacraments and Worship in the Orthodox Church

[used] The Orthodox Church: Its Faith, Worship and Life

Wisdom for Today From the Early Church: A Foundational Study

On the Apostolic Tradition (second edition)

The Search for Truth on the Path of Reason