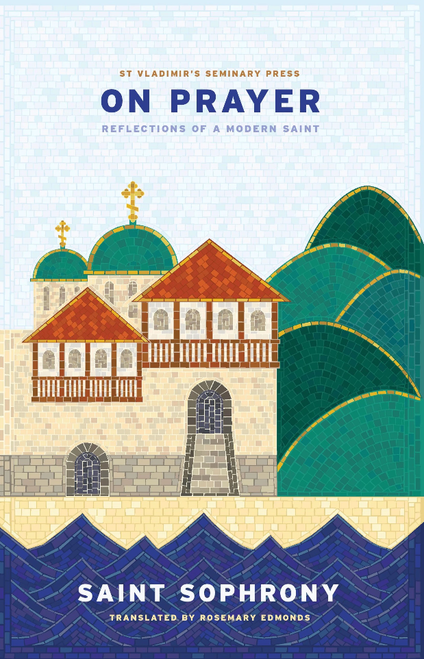 This collection of articles on prayer and the spiritual life, together with some of the author's own prayers, is a moving testimony to the relevance of Christ, who, for St Sophrony, is "all, and in all, the beginning and the ending" of all things (cf. Col 3.11; Rev 1.8).

St Sophrony was born in Russia on September 22, 1896. He trained as an artist at the Moscow School of Fine Arts. After the October Revolution he settled in France, where he continued to work as an artist and exhibited in the Paris salons. For a brief period he read theology at the St Sergius Institute but in the autumn of 1925 left to become a monk at the Monastery of St Panteleimon on Mount Athos in northern Greece. In 1930 he was ordained deacon by St Nikolai Velimirovich. About this time he met St Silouan, who became his spiritual guide. After the staretz' death in 1938, St Sophrony spent seven years living as a hermit in the "desert" of Athoss, first at Karoulia, then in a cave near St Paul's Monastery. He became a priest in 1941 and soon after was appointed spiritual confessor of several of the monastic communities on the Athonite peninsula. On returning to France in 1947 he edited and published the writings Silouan had entrusted to him, adding an introduction. Because of serious illness he was unable to return to the Holy Mountain.

In the spring of 1959, helped by friends, he moved to England with a small group of men and women. For many years he received people from all walks of life for spiritual direction. In his latter years he was particularly attentive to those afflicted with cancer.

St Sophrony died on July 11, 1993 at Tolleshunt Knights, In the community which he had founded and inspired till the end of his days. His life is marked by the tragic events of the century but more profoundly so by his meeting with Staretz Silouan, whom he lived to see canonized. In 2019, St Sophrony was canonized by the Ecumenical Patriarchate.

Prayers by the Lake

The Church at Prayer

On the Lord's Prayer

The Seven Mysteries of the Lord's Prayer