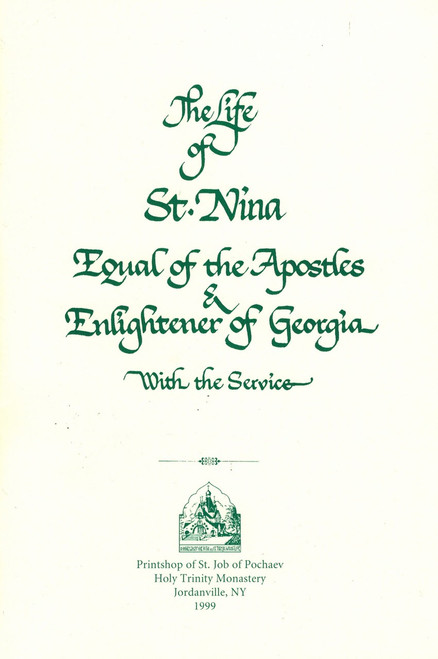 One of the greatest female saints, St. Nina (Nino) preached the Christian faith in the ancient kingdom of Iberia (modern-day Georgia), and converted both the queen and the king as they were both healed from illness. Because of her labors, Georgia became an Orthodox nation. She is the patron saint of Georgia and has the title of Equal to the Apostles. Includes a service to the saint.

Hymns for the Holy Land