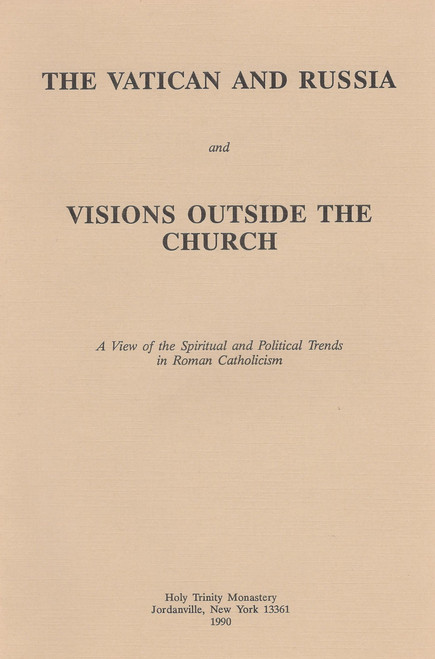 A View of the Spiritual and Political Trends in Roman Catholicism

This lecture was given in Sydney and Melbourne, Australia at the 24th Russian Youth Congress in the Jubilee Year of the Millennium of the Baptism of Rus'. The lecture is about the Vatican, its ideology and aggressive politics, and not about rank-and-file Catholics. ﾠIt appears to us that Roman Catholicism is a greater danger, threatening both present and future Russia, more dangerous than communism, which is already on the decline.