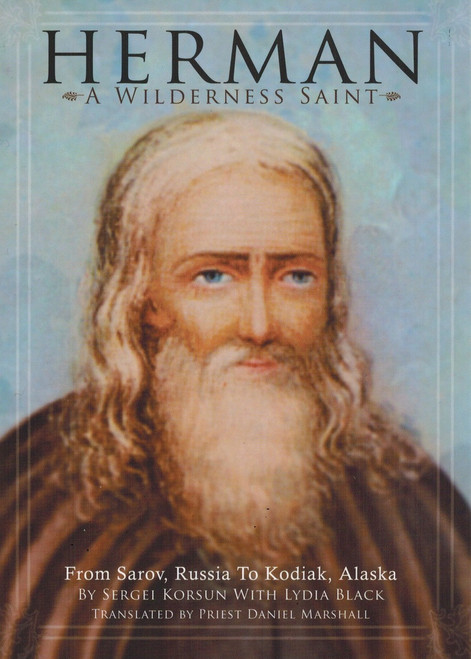 How is it that a simple Russian Orthodox monk traveled thousands of miles across the Eurasian landmass and north Pacific ocean to settle in Kodiak, Alaska? Why, nearly 200 years later was he cited in a speech to the 91st United States Congress, delivered by Senator Ted Stevens? It was expressed in this oration that his canonization will serve to yield new benevolence and understanding to provide the Aleut and other native people of Alaska the rewards of their faith in their Church and the rewards of their faith in America.

The memory of St Herman, canonized in 1970, has spread well beyond Alaska. This new work brings to light primary sources that illuminate the story of St Herman and the wider context of the history of Russian colonization in the Pacific northwest.  It reveals new fascinating biographical details such as his connection to St Seraphim of Sarov. The reader will encounter interesting texts on the attitude of the Russian Orthodox missionaries to a kind of same sex marriage practiced by some Alaskan natives, and the story of the legendary Novgorodians who were believed to have established a colony in Alaska during the reign of Ivan the Terrible.

Saint Sergius: A Beacon in the Wilderness of Radonezh