Conversations with My Heart: Contemplations on God and the World 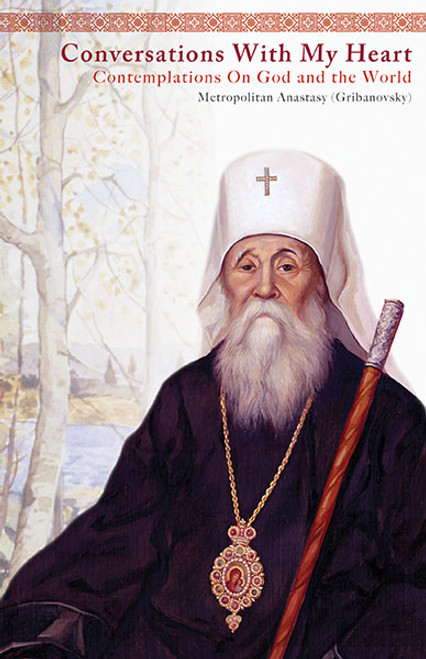 Conversations with My Heart: Contemplations on God and the World

Metropolitan Anastasy was a leading figure of the Russian emigration following the Communist takeover of his homeland. A man of erudition, he formed a bridge between two worlds -- the Imperial Court of the last Tsar and the transient 20th century Russian diaspora. These reflections from his diary offer the groanings of his heart and musings on the eternal mercy of God which he writes “are part of my very essence.” They draw upon wisdom from sources as diverse as writers of classical antiquity, authors, composers and inventors of the age of enlightenment, offering unique perspectives on these. Also instructive are the bishop's inspired essays on the subject of revolution. This volume is enhanced by a short life of the author written by Archbishop Averky (Taushev) together with several black and white photographs.

Children of My Heart: Finding Christ through Adoption

Turning the Heart to God

The Experience of God (Vol. 2): The World: Creation and Deification

How to Inherit Eternal Life 03: How Does God Rule the World?

Harbor for Our Hope: On Acquiring Peace Amidst Suffering

The Refuge: Anchoring the Soul in God

The Path to Salvation, A Concise Outline of Christian Ascesis