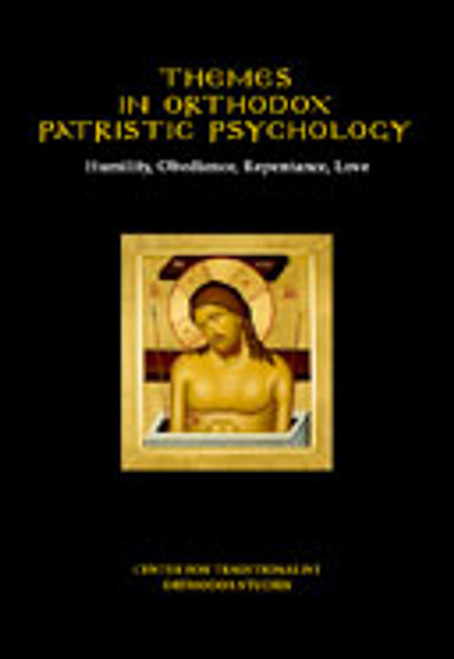 We are pleased to publish under the imprint of the Center for Traditionalist Orthodox Studies the four volumes of Archbishop Chrysostomos’ classic series, Themes in Orthodox Patristic Psychology, published by various presses between 1983 and 1990. The texts have been updated, edited, and handsomely printed in this single volume.

Earlier assessments of the constituent volumes in this collection:

• “Archimandrite Chrysostomos, a psychologist trained in the West, reminds us of a different tradition of thought which finds unities where most of us find dichotomies. He demonstrates how, within the tradition of the Eastern Orthodox Church, these dichotomies are connected-how acceptance of Orthodox belief arises from the unity of an Orthodox way of thinking and way of living. To see this argument in all its strength and to understand how humility arises from this unity, one must read with care and with a mind free of western psychological preoccupations this challenging and provocative volume.”

• “All who meet Father Chrysostomos must be impressed with his deep spirituality and broadmindedness, which are indeed reflected in this book. Generally, he lays great stress on tradition and moderation, both dominant traits of Orthodoxy.”

Mother Alexandra (Princess Ileana of Romania),
Orthodox Monastery of the Transfiguration (on the same book)

• “I met my friend Archimandrite Chrysostomos when I arrived at Harvard. Since then, we have exchanged ideas about our shared wonder of the desert Fathers. In the brilliance and beauty of his scholarship and the book he is preparing on the virtue of obedience from a psychological view he gives them a clarity which will touch and transform the hearts of many.”

• “As I have written elsewhere, Bishop Chrysostomos is one of the most significant Orthodox scholars to appear in America in recent years. This view was shared by the famous Russian Orthodox theologian Father Georges Florovsky, who characterized the Bishop’s writings as ‘important contributions to the body of Orthodox literature.’ The bookRepentance, a third volume in the series Orthodox Patristic Psychology, confirms these positive evaluations. The essays on repentance contained in this book, written by the author and one other Orthodox thinker, are accompanied by Greek Patristic texts on the subject. A masterful translator, Bishop Chrysostomos excellently renders these texts in clear and understandable English.”

• “Bishop Chrysostomos, working with Father James Thornton, has produced an outstanding study on the subject of love, the fourth and last volume of Themes in Orthodox Patristic Psychology. His Grace is a Princeton-educated scholar who brings to this and the previous volumes in his series extensive learning and a remarkable amount of reading in science, psychology, Byzantine history, and Orthodox Patristic studies. The extent of his Renaissance education and his professorial skills are evident in every page of this latest volume. ...Bishop Chrysostomos's skillfully translated apophthegms from the monks of the Egyptian desert complement the wisdom that he and Father Thornton show in their discussion of the theological and spiritual significance of love in the Orthodox tradition.”

John E. Rexine,
Charles A. Dana Professor of Classics and
Dean of the Division of Humanities,
Colgate University (on the book Love)

On the Dormition of Mary: Early Patristic Homilies

Do You Know Yourself? Psychological Problems and the Spiritual Life

Wounded by Love: The Life and the Wisdom of Elder Porphyrios

God's Path to Sanity: Lessons from Ancient Holy Counselors On How to Have a Sound Mind

A Guide to Orthodox Life: Some Beliefs, Customs, and Traditions of the Church