The Place of Blessed Augustine in the Orthodox Church 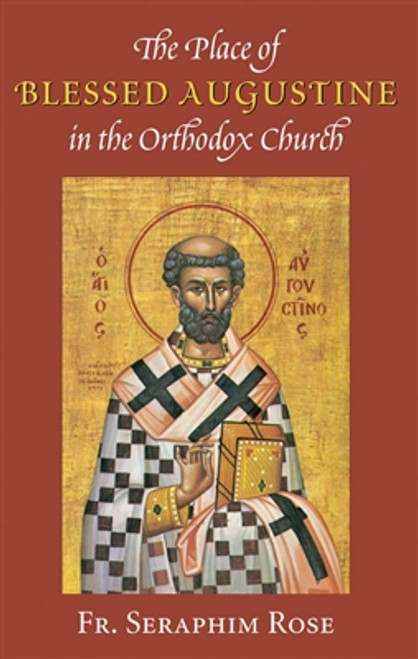 The Place of Blessed Augustine in the Orthodox Church

When Fr. Seraphim learned that the early Western Father, Blessed Augustine of Hippo, was being attacked in contemporary Eastern Orthodox circles, then he—himself a Western convert to Orthodoxy—rose in his defense. This book is the outcome. Fr. Seraphim said he wrote it in the hope that it would help remove Augustine as a scapegoat for today’s academic theologians, and thus “help free us all to see his and our own weaknesses in a little closer light—for his weaknesses, to a surprising degree, are indeed close to our own.”

“Narrow is the mansion of my soul; enlarge Thou it, that Thou mayest enter in … for without Thee what am I to myself except a guide to my own downfall?”

After discussing Blessed Augustine’s strengths and weaknesses, Fr. Seraphim examines the views of other Holy Fathers concerning him. “His main benefit to us today,” he writes, “is probably precisely as a Father of Orthodox piety—something with which he was filled to overflowing.… Here he is one with the simple Orthodox faithful, as well as with all the Holy Fathers of East and West who, whatever their various failings and differences in theoretical points of doctrine, had a single deeply Christian heart and soul. It is this that makes him unquestionably an Orthodox Father.”

This new edition of THE PLACE OF BLESSED AUGUSTINE IN THE ORTHODOX CHURCH contains letters written by Fr. Seraphim concerning Augustine, passages from Augustine’s Confessions which Fr. Seraphim found especially moving, and an Orthodox service to Blessed Augustine, commissioned by St. John Maximovitch.

The Northern Thebaid: Monastic Saints of the Russian North