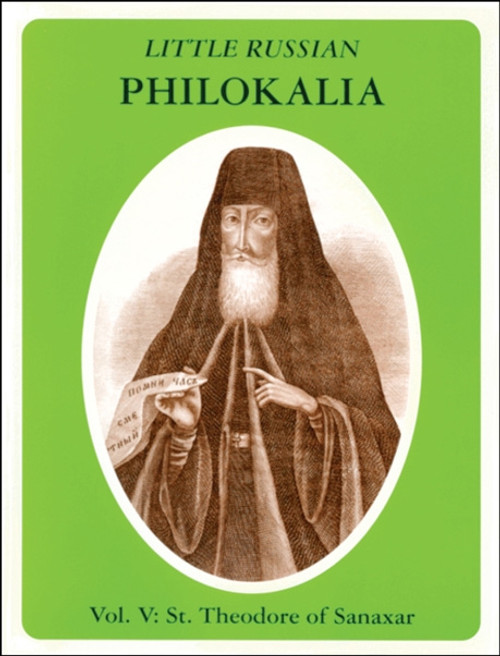 Elder Theodore, a spiritual instructor of St. Herman of Alaska, was born into a noble family in Russia in 1719. He served in the elite Preobrazhensky Regiment in St. Petersburg and was personally known to Empress Elizabeth Petrovna. However, shaken by the sudden death of one of his companions, he abandoned his life of ease and advantage and fled to the wilderness to take up a life of repentance and prayer.

“I, in my undertaking for God and the salvation of my soul, wish to persevere to the end, Your Majesty, and my former life and rank I do not desire.”

After a period of trials in the St. Alexander Nevsky Lavra and Sarov Monastery, Fr. Theodore took over the abandoned Sanaxar Monastery and instituted a strict and effective monastic order there. This aroused the ire of the enemy of mankind, who raised a series of persecutions against him. Though of noble rank, Elder Theodore accepted all trials and tribulations humbly, as coming from God Himself.

“Tell me, can a soul occupied with the merriments of this age, feel this joy? It seems to me that as man cannot serve both God and mammon, so too is it impossible for one occupied with temporal delights to feel spiritual joy in God.”

The fifth volume of the LITTLE RUSSIAN PHILOKALIA Series is dedicated to a remarkable Holy Father central to the spiritual blossoming of 19th-century Russia. Contained in this book are: the Life of the Elder, his spiritual counsels to the monks and nuns under his direction, a number of his letters, the monastic rule of Sanaxar Monastery, and a first-hand account of his canonization.

The Philokalia: The Complete Text (Vol. 1)

Readings from The Philokalia on Prayer of the Heart (Audiobook)

Theological and Dogmatic Works by St Ambrose of Milan