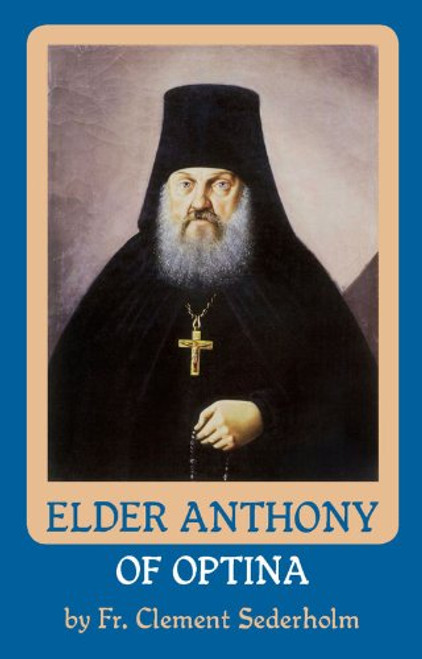 Elder Anthony, born Alexander Ivanovich Putilov in 1795, came from a pious family of the Yaroslav Province, raised in the fear of God. Of Alexander and his four brothers, three became righteous abbots of renowned monasteries. From early youth Alexander dedicated himself with great zeal to the labors of desert dwelling. The difficulties of the narrow and sorrowful path of the monastic life became joyful to Alexander through the rewards of spiritual consolations full of grace. To the 20-year-old Alexander, who had striven so long and so zealously toward monastic life, the short, dyed robe, covered with stains and patches, seemed, as he himself later expressed it, "more precious than royal purple."