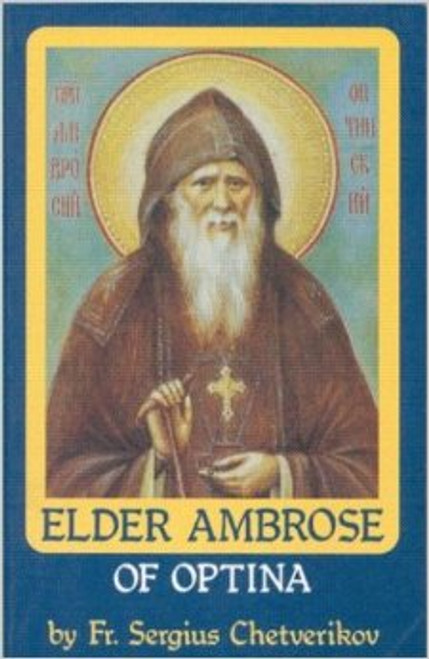 Elder Ambrose (1812-1891) is considered the pinnacle of Eldership in Optina. He embodied the virtues of all the elders in the highest degree; divine humility, purity of mind and heart, overflowing love, and total self-sacrifice for the salvation of his fellow man. Because he had attained the depths of humility, the Lord blessed him with spiritual gifts by which to heal suffering souls. He read human hearts, was granted to know the past, present and future of people, and spoke to them the direct, revealed word of God. So great were his gifts that hundreds of people flocked daily to his humble cabin in central Russia. Among these were the writers Dostoyevsky, Tolstoy, Leontiev and Solovyev. Dostoyevsky was so moved by his pilgrimage to Optina and Elder Ambrose that he wrote his last and greatest novel, The Brothers Karamazov, with the specific intention of depicting the spiritual image of Optina Monastery and the Elder. The fictional character of Elder Zosima in his book was modelled after Elder Ambrose, whose words of counsel Dostoyevsky put directly into the mouth of his unforgettable character. "Whoever has an unfeeling heart should not despair, because with God's help a man can change his heart. You need only to watch yourself attentively, and not miss a chance to be useful to your neighbor, reveal your thoughts to the elder more often, and force yourself to give alms. Of course, it's impossible to do this right away, but the Lord is longsuffering. He only cuts short a man's life when He sees either that he is prepared to pass into eternity or that there is no hope for his correction."

This edition of Elder Ambrose's life is a faithful English translation of the original Optina edition, printed in Russia in 1912. Through its pages we enter the world of a heavenly man, an angel in the flesh who beheld the mysteries of the future age: the perfect love and silent oneness of immortal spirits.

"I sank into eternal rest. No longer was my spirit disturbed by anything. And I knew nothing else earthly. None of the tribulations of my heart came to mind, even for a minute. It seemed that everything that I had experienced before on earth never existed." Elder Ambrose of Optina