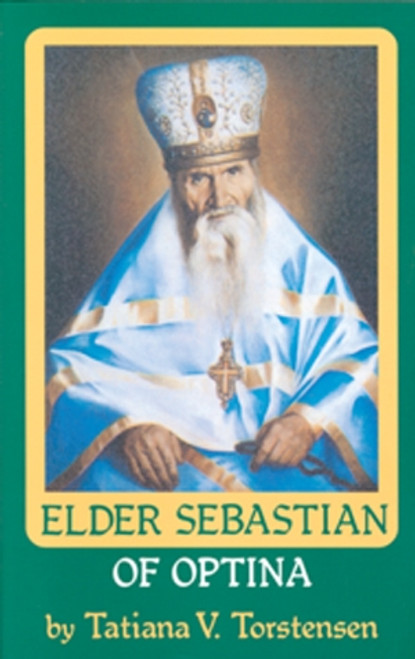 The spiritual image of Elder Sebastian (1884–1966) is that of a longsuffering, quiet bearer of the vision of the Optina monastic tradition—destined to preserve Optina eldership through decades of communist persecution of the Church. After the closure of Optina Monastery in 1923, Fr. Sebastian—a disciple of both Elder Joseph and Elder Nektary—matured rapidly into a truly compassionate pastor. He suffered arrest and imprisonment by the communists in 1933, and was sentenced to ten years in the Karaganda concentration camps of Kazakhstan.

“I demand one thing—love one another, so that there will always be peace among you. Peace and love! If you will obey me in this—and I implore you to do this—then you will be my children. I am unworthy and sinful, but the Lord has much love and mercy. I place my hope in Him. And if the Lord will vouchsafe me His radiant abode, I’ll pray for you unceasingly. I’ll say, ‘Lord, Lord! I’m not alone; all my children are with me. I can’t enter in without them; I can’t be alone in Thy radiant habitations. They were entrusted to me by Thee.’”

Elder Sebastian had a constant concern for instilling deep peace in people’s souls, and a constant sense of service—through his labor and love—to those surrounding him. He was exacting in everything, but first of all toward himself. He had the gift of great and profound discernment, and exercised moderation in everything.

“Our family’s elder, Sebastian, was clairvoyant, as I personally witnessed several times. Through his unforgettably deep and penetrating look into one’s soul he was able to see things hidden within the person with whom he spoke. Several times he demanded from me things I was reluctant to do, yet, having shown obedience to him, I avoided calamaties and death. In him was a great Elder hidden from the eyes of the world.”

—excerpt from ELDER SEBASTIAN OF OPTINA

ELDER SEBASTIAN OF OPTINA has been translated from the recently published Russian biography, as well as from original manuscripts and various materials from Elder Sebastian’s spiritual children. Also included is an Akathist to the Saint.