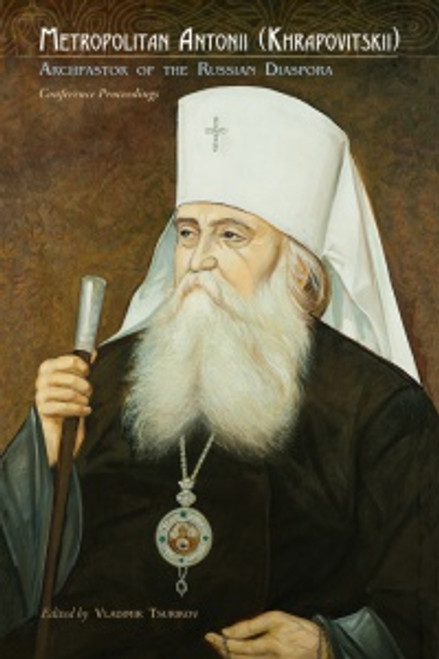 This new, well illustrated, book studies the life and works of the first First Hierarch of the Russian Church Abroad, the Blessed Metropolitan Antonii (Khrapovitsky). Metropolitan Antonii was the spiritual leader of the Russian Emigration that found itself uprooted in the aftermath of the Revolution of 1917 and subsequent Civil War. He had been one of the leading hierarchs in Pre-Revolutionary Russia, an advocate of the return of the Patriarchate, improved ties with other Orthodox and non Orthodox Churches, and a staunch defender of traditionalism. He was instrumental in establishing the Synod of the Russian Church Abroad in Yugoslavia, which provided a spiritual home for the Russians who found themselves in exile.Â Among the papers in this volume are ones studying his opposition to the Imiaslavie heresy, his missionary work, and his relationship with Patriarch Tikhon. Taken from papers delivered at a symposium dedicated to Metropolitan Antonii held at Holy Trinity Seminary in Jordanville, NY in 2006. Articles are split between Russian and English, depending on the language originally presented in.

The Life and Work of Metropolitan Leonty

Words of a Shepherd: The Life and Writings of Protostavrophor Vojislav Dosenovich