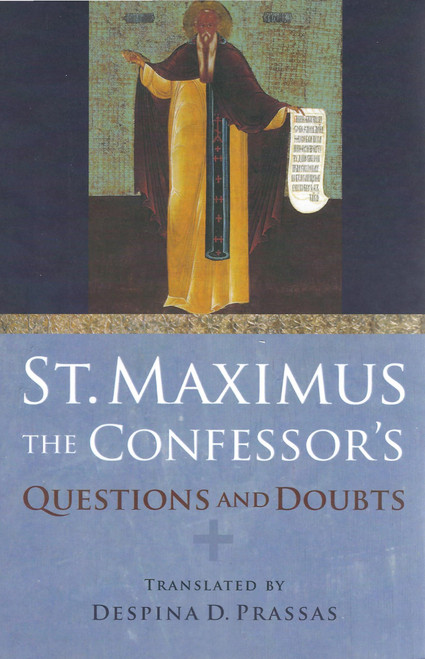 Despina D. Prassas's translation of the Quaestiones et Dubia presents for the first time in English one of the Confessor's most significant contributions to early Christian biblical interpretation. Maximus the Confessor (580–662) was a monk whose writings focused on ascetical interpretations of biblical and patristic works. For his refusal to accept the Monothelite position supported by Emperor Constans II, he was tried as a heretic, his right hand was cut off, and his tongue was cut out.

In his work, Maximus the Confessor brings together the patristic exegetical aporiai tradition and the spiritual-pedagogical tradition of monastic questions and responses. The overarching theme is the importance of the ascetical life. For Maximus, askesis is a lifelong endeavor that consists of the struggle and discipline to maintain control over the passions. One engages in the ascetical life by taking part in both theoria (contemplation) and praxis (action). To convey this teaching, Maximus uses a number of pedagogical tools including allegory, etymology, number symbolism, and military terminology.

Guide for a Church Under Islam: The Sixty-Six Canonical Questions

The Question of Union