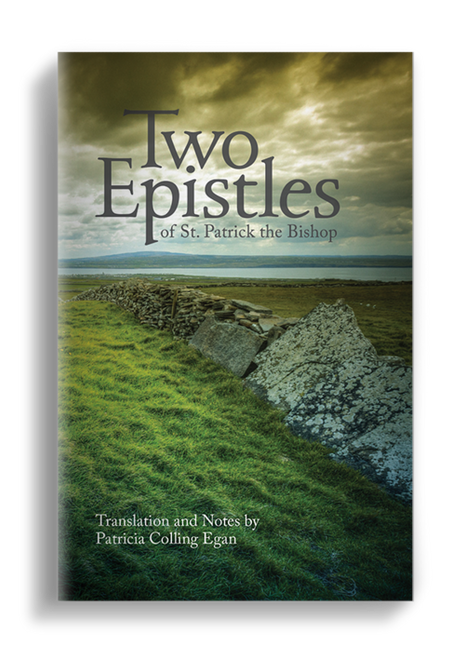 Saint Patrick – that towering holy man who chose to serve God through the Irish and became one of them – in whose wake monasteries sprouted, exquisite poetry flourished, and whose example inspired missionary monks to leave the island they loved in order to serve a greater love, has over the years dwindled in stature. This is partly related to translations of his epistles that did not reach the hearts of their readers or misconstrued aspects of his life that are more easily retrievable today.

This entirely new English translation of the Enlightener of Ireland’s two surviving Latin epistles, his “autobiography” – the Confessio – and the Pastoral Epistle, include an engaging introduction and notes to explain the context of the saint’s narratives and Egan’s own departures from earlier efforts. The result is a text that is both clear and accessible. This lively new translation brings to the fore both the saint’s holiness and his humanity. Detailed endnotes provide the needed background for St. Patrick’s life and times.

Commentary on the Epistles of St. John the Theologian

Explanation of the Epistle of St. Paul to the Galatians

The Epistle of St. James: A Commentary

St Paul’s Epistle to the Romans: A Pastoral Commentary