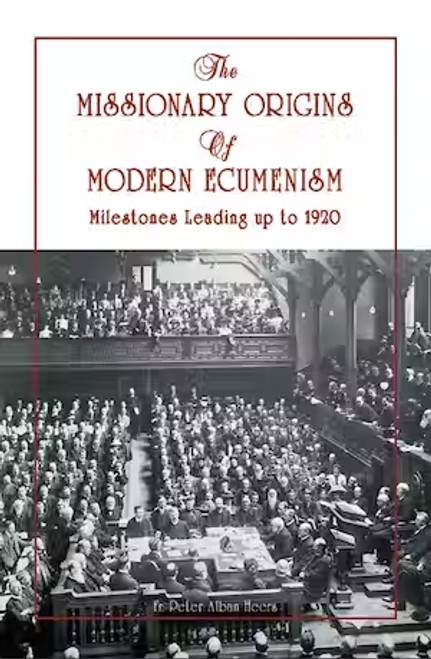 Milestones Leading up to 1920

The impact of the contemporary ecumenical movement on the life of the Church in the 20th century has been immense. Orthodox involvement has steadily increased over the years and is now generally accepted as a given. Still, many questions remain unanswered and unasked. How did the modern ecumenical movement begin? What were the causes, motivations, and reasons for its development? Why and how did the Orthodox first become involved? Did the movement for Christian unity begin with the 1920 encyclical “Unto the Churches of Christ Everywhere” and arise out of a search for “unity in truth” and doctrinal agreement, as is often maintained? In this booklet, Fr. Peter Alban Heers, doctoral candidate at the School of Theology of the University of Thessaloniki, answers these questions, extensively citing authoritative sources of ecumenical history to bring us face-to-face with the historical record. The missionary movement of the 19th century, the YMCA and student movements of the late 19th and early 20th centuries, the first World Mission Conference in Edinburgh in 1910, and the 1920 encyclical of the Church of Constantinople are all examined in order to shed light on the origins of the contemporary ecumenical movement. This booklet is essential reading for all those interested in Orthodox involvement in modern ecumenism.

The Question of Union

Islands of the Ocean: Stories from the Lives of the Celtic Saints