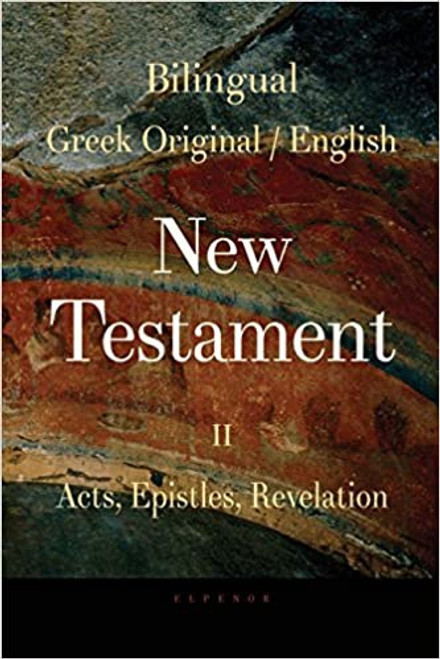 The Greek original according to the 1904 Ecumenical Patriarchate of Constantinople edition and the King James translation are published side-by-side in facing pages, helping those who try to study, learn and enjoy the original language of the New Testament.

The 1904 Patriarchal edition of the New Testament aimed at providing “the best reconstruction of the most ancient text of the ecclesiastical tradition and, more specifically, of the Church of Constantinople.” The text was based on manuscripts that are usually neglected. Most of them come from and after the 10th century, containing the full text of the New Testament, while others contain only parts used in church services. These parts are the so called eklogadia (lectionaria), or Evangeliaria, or Praxapostoloi.

Commentary on the Holy Scriptures of the New Testament, Vol. 3: The Epistles and the Apocalypse