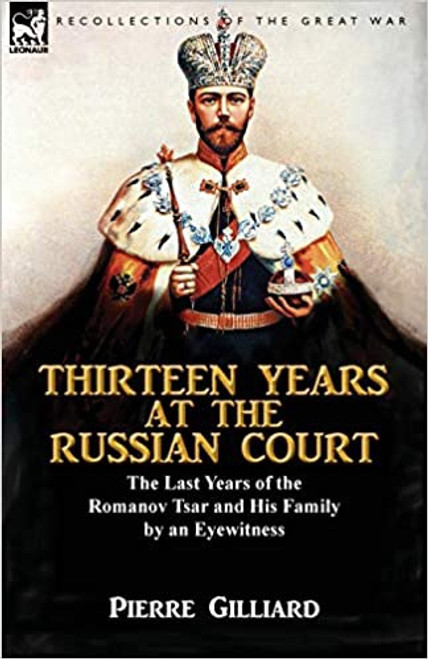 Thirteen Years at the Russian Court: the Last Years of the Romanov Tsar and His Family by an Eyewitness

An intimate view of the last Russian Tsar and his family

This book, written by a Swiss academic and French language tutor to the five children of the Tsar, Nicholas II, has become a classic. It offers intimate and invaluable insights into the personal lives of the last reigning Russian royal family, and into the politics and personalities-including Rasputin-that surrounded them. Details of those turbulent times, as the storm of disaffection in Russia grew to become a clamour for great change that consumed the centuries-old established order, are graphically portrayed. The final chapters of this book are especially touching, as they concern the period during which the author experiences the final departure of the captive family on the journey which would lead to their deaths in a cellar at the hands of the communist revolutionaries.

Commentary on the Holy Scriptures of the New Testament, Vol. 3: The Epistles and the Apocalypse

The Mystery of Marriage: A Fellowship of Love