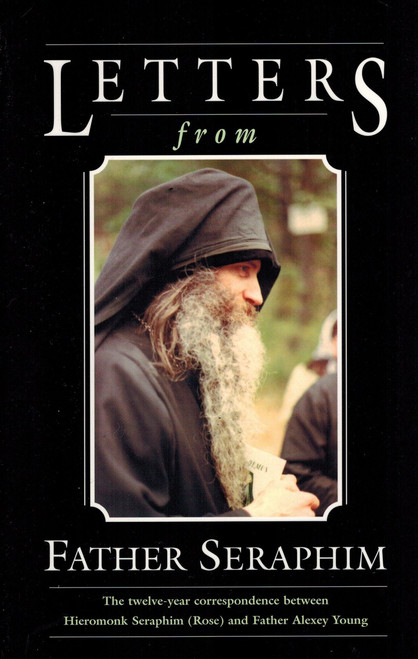 Hieromonk Seraphim Rose is well known to many as an Orthodox Christian writer. He edited The Orthodox Word and authored numerous articles and several books-including the best-selling Orthodoxy and the Religion of the Future and The Soul After Death—before his tragically early death, in 1982, at the age of 48.

More personal and spontaneous than his formal writings, these letters reveal the development of many ideas that came to form the core of his teachings. There is the call for “less head, more heart”-“Do not trust your mind too much; thinking must be refined by suffering, or it will not stand the test of these cruel times”—and his increasing emphasis on the “royal path,” the need to steer between the dangers of modernism and ecumenism to the left and the more subtle dangers of phariseeism—what Fr. Seraphim called “the correctness disease”—to the right. The letters are instructive, engaging, and strikingly relevant.

This correspondence is particularly valuable in revealing for the first time Fr. Seraphim as a spiritual father: unpretentious, never overbearing, guiding, never dictating, always bringing into focus the very essence of Christianity. Here is Fr. Seraphim in the mission fields, and in the daily struggle of monastic life in the northern California wilderness. From these letters there emerges a truthful portrait of Fr. Seraphim in his spiritual maturity, compelling by virtue of who he was as much as by what he wrote. His own unstinting devotion to Christ, after a restless search for truth in his youth, gives weight to his counsel, bluntly expressed in his conviction that today “one cannot be a half-hearted Christian, but only entirely or not at all.”