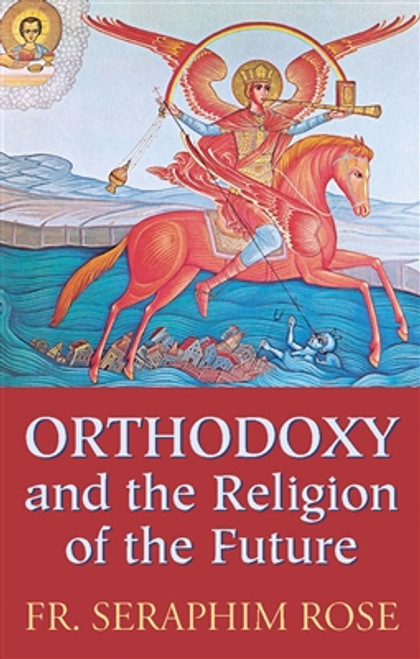 This work is a concise and unequivocal Orthodox statement on contemporary trends; its urgent message rings loud and clear. Viewed from the foundation of patristic teaching, many of the spiritual movements of today are seen to be spiritual deceptions which have existed since the beginning of the Churchﾗand not achievements of a "new religious consciousness." Addressing soberly and directly the trends of pseudo-spirituality which appear enticing today, ORTHODOXY AND THE RELIGION OF THE FUTURE provides a beacon of discernment in these times of widespread deception.

ORTHODOXY AND THE RELIGION OF THE FUTURE examines a broad spectrum of issues facing modern Christians' each from the perspective of the early Church Fathers. As the "New Age" is becoming a household concept and is moving into wider acceptance by mainstream society, the ﾓnew religious consciousnessﾔ can be seen progressing precisely along the lines described by the late Fr. Seraphim. Included in this edition is an epilogue that chronicles the signs of the religion of the future that have made their appearance since this book was first published.