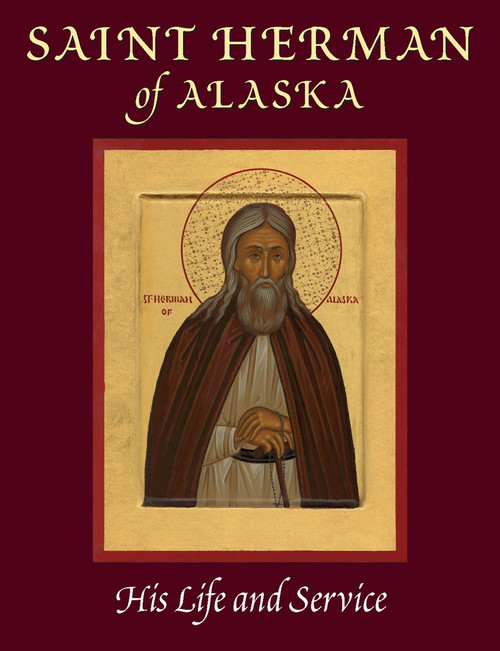 Including new information about St. Herman!

Saint Herman of Alaska, America’s first canonized saint, was an Orthodox Christian monk of holy life who lived in Valaam Monastery in Russia. In 1794, along with nine other monastics he was sent to Alaska to evangelize the natives there. In time St. Herman would become the sole survivor of the original missionaries. Throughout his long life he cared for the natives of the Kodiak area, nursing them in their illnesses, educating them, and defending them from the abuse of the Russian fur-traders. By his meekness and firm faith he won the love and respect of all who came to know him, and inspired many to follow Christ. Eventually settling on nearby Spruce Island, he lived a mostly eremitic life, while also establishing an orphanage for the children of parents who had died during epidemics.

By the power of God, St. Herman was able to see into the hearts of others, as well as into the future. He worked miracles during his life, such as stopping a forest fire and a tsunami by his prayers. To this day he remains a wonderworker, healing the souls and bodies of those who ask for his intercessions before the throne of God.

Presented here is a Life of St. Herman, originally commissioned by Abbot Damascene of Valaam and incorporating the latest research on the Saint’s early years, as well as a complete Vigil Service to the Saint, composed by the St. Herman of Alaska Brotherhood and Archbishop Alypy (Gamanovich) of the Russian Orthodox Church Outside of Russia.

The Order of Small Compline and Evening Prayer