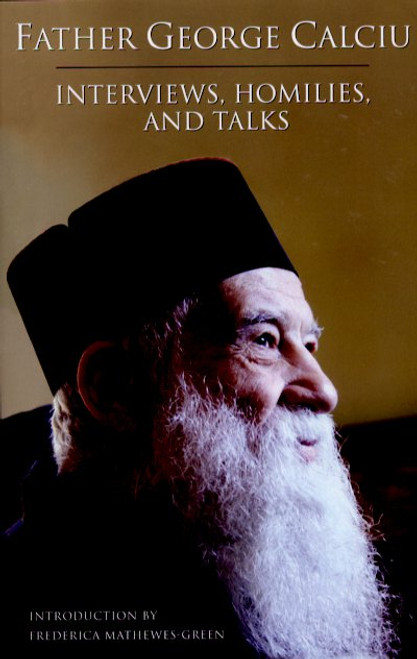 Father George Calciu (1925ﾖ2006) was one of the great confessors of Christianity in the twentieth century. Having survived the diabolic prison experiments of Communist Romania, Fr. George went on to become an apostle to spiritual seekers in Romania and, eventually, throughout the world. He was able to speak authoritatively of Godﾒs love and forgiveness because of his own experience of Godﾒs mercy. As a priest in America, Fr. George maintained a strict ascetic life of fasting and prayer, while at the same time pastoring his flock as a joyful and loving father.

Here we present a collection of his interviews, homilies, and talks. In them he shares his thoughts on his imprisonment, how to pray, his own experience of Godﾒs Uncreated Light, and the Orthodox Christianﾒs battle against temptations in America. Included in this volume are the ﾓSeven Homilies to the Youthﾔ that he gave in Bucharest in 1978. These homilies, in which he fearlessly called Romanian youth to turn from atheism and materialism to Christ, led to his second imprisonment by the Communist regime. Here, as in his other writings and talks, the common thread of Godﾒs mercy and forgiveness is woven into the fabric of manﾒs need for repentance and union with his Creator.

Reflections of a Humble Heart

The Love of God The Life and Teachings of St. Gabriel of the Seven Lakes Monastery