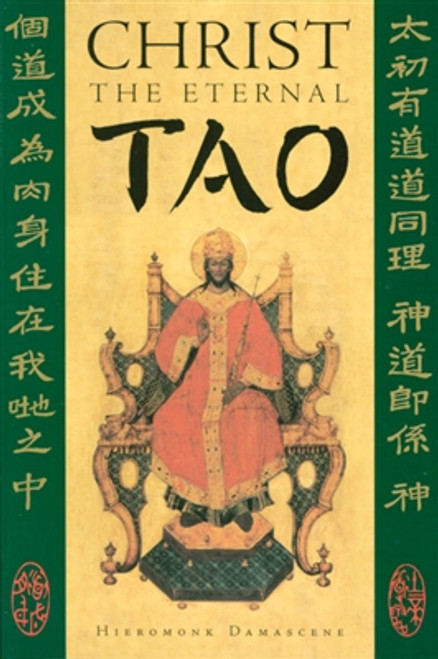 Not until now has the ancient wisdom of Lao Tzu been presented alongside the otherworldly revelation of Jesus Christ in a way that encompasses the full significance of both. Avoiding the common pitfalls of religious syncretism, CHRIST THE ETERNAL TAO shows Lao Tzu’s Tao Teh Ching as a foreshadowing of what would be revealed by Christ, and Lao Tzu himself as a Far-Eastern “prophet” of the Incarnate God.

Inspired by Fr. Seraphim Rose’s early studies of the Tao Teh Ching, this book draws from the unpublished translations and teachings of Fr. Seraphim’s Chinese philosophy teacher, Gi-ming Shien, in order to uncover the esoteric core of the Tao Teh Ching. Then, through the transmission of mystics of the ancient Christian East, Lao Tzu’s teaching is brought into a new dimension, exploding with new meanings.

Part I contains a “New Testament” of the Tao Teh Ching, which looks at Christ through the eyes of Lao Tzu and presents the Gospel in Lao Tzu’s own intriguing way. Part II unfolds the history of the revelation of God, from the creation of man, through the fall, primordial civilization, Lao Tzu, Confucius, and the ancient Hebrews, and finally to God’s Incarnation in Jesus Christ and His ultimate revelation of His Being as Three Persons. Part III offers practical advice from Eastern Orthodox teachers on how to unite oneself to Christ the Incarnate Tao/Logos and acquire His Divine Grace (in Chinese, Teh).

Much more than a mere study in comparative religion, CHRIST THE ETERNAL TAO uses Lao Tzu’s intuitive realizations as a springboard by which to catapult the spiritual seekers of our day all the way into the mystical depths of Eastern Orthodox Christianity.

Eternal Mysteries Beyond the Grave

The Life in Christ

On the Unity of Christ

The Miracles of Christ