On the Providence of God 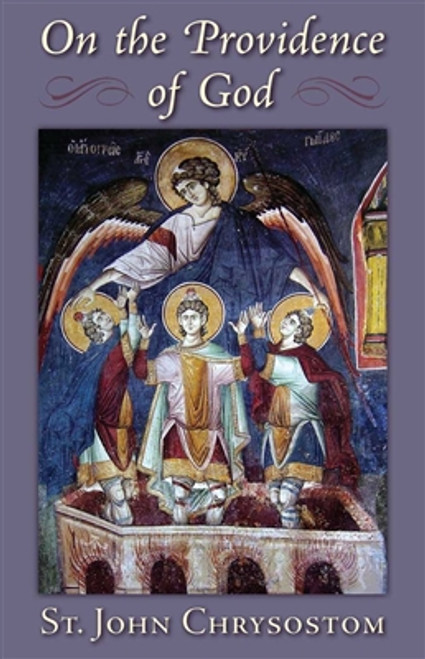 On the Providence of God

Saint John Chrysostom, Archbishop of Constantinople (ca. 347–407), is revered as the Church’s greatest homilist and interpreter of Holy Scripture. The present treatise, On the Providence of God, was his last work, written at the very end of his life, when he was in exile in the mountains of Armenia. He wrote this work to encourage his faithful flock in Constantinople and elsewhere, who were in distress due to his unjust banishment and the political intrigue and persecutions surrounding it. It is believed that he sent it to his spiritual daughter St. Olympias along with his last letter to her, asking her to “keep constantly coming back to it” as a source of spiritual strength amidst her own persecution.

In reading On the Providence of God, one marvels at how powerfully the author was able to affirm God’s goodness and love amidst the uncertain and ignominious circumstances in which he then found himself. Again and again, St. John exhorted his beleaguered flock to patiently wait for the outcome of events, as had the righteous ones in the Old and New Testaments. He brought forth as examples Job, Abraham, Joseph, King David, the Three Holy Youths, John the Baptist, Protomartyr Stephen, and many others, all of whom exhibited unwavering faith when, on the face of things, it looked as if all were lost.

St. John’s meditations on God’s loving care for the world were the fruit of his entire life, which he had lived in devotion to His Master Christ—and especially of his final years, when that devotion, more than ever before, had been sorely put to the test. It was with such faith and serene trust in his Lord that he came to the end of his earthly life in exile, and that he uttered his now-famous final words, “Glory be to God for all things!”

When God is Not There

On the Mother of God

Exact Exposition of the Orthodox Faith

Theological and Dogmatic Works by St Ambrose of Milan

Homilies on the Parable of the Rich Man and Lazarus

On the Holy Spirit (SAGOM)