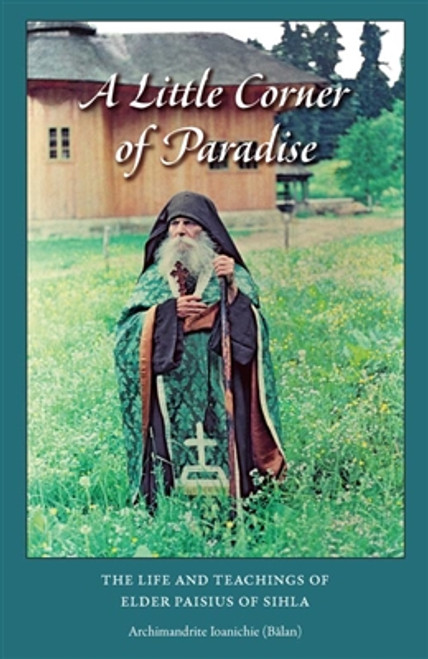 Elder Paisius (Olaru) of Sihla (1897–1990) was one of the most beloved spiritual fathers of Romania in recent times. In his youth he lived a life of prayer and service, learning from an older generation of spiritual giants. After World War II he moved to Sihăstria Monastery, where his spiritual son, Elder Cleopa, had recently become abbot. It was there that he became renowned for his spiritual wisdom and discernment, confessing the monks and laymen who came to the monastery. Eventually he moved to the nearby Sihla Skete, where he could continue his life of prayer in greater solitude.

Throughout the Communist period, Elder Paisius was a refuge and shelter for those who desired to preserve their faith in those difficult times. Professors and doctors, farmers and factory workers all came to the humble elder to hear words of consolation, encouragement, and direction. A father of love and hope, he focused the gaze of his flock on Christ and His Heavenly Kingdom, expressing the wish that the Lord grant them a “little corner of Paradise.”

Included in the present volume are the life of this remarkable elder, many of his spiritual teachings, recollections of his spiritual children, interviews conducted with him, his letters, and his poetry.

The Way of the Spirit: Reflections on Life in God