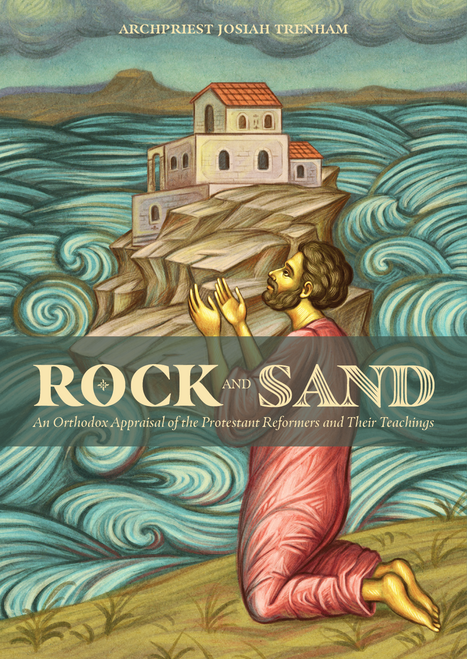 This book has been written for three purposes. First, to provide the Orthodox reader with a competent overview of the history of Protestantism and its major traditions, from its beginnings in the 16th century to the present day. This overview relies heavily upon the Reformer s own words as well as the creeds of various Protestant faiths, in order to avoid misrepresentation and caricature. Second, to acquaint Orthodox and non-Orthodox readers with a narrative of the historical relations between the Orthodox East and the Protestant West. Finally, to provide a summary of Ortho- dox theological opinion on the tenets of Protestantism.

The saying that schism breeds schism continues to create an ever expanding corpus of churches, all birthed at the time of the Protestant Reformation, which have their roots in the teachings of various reformers of Christianity. In the pages of this book an informed scholar/pastor has made the complexities of these 16th century creators of new doctrines understandable to those readers who were formed in these traditions and those who, being Orthodox Christians, have no previous exposure to them. This book is a great resource for parish priests and students of missiology.
--Rev. Dr. Chad Hatfield, Chancellor, St. Vladimir s Seminary, New York

Rock and Sand is a critique of the major Protestant denominations written by The Very Rev. Josiah Trenham, Ph.D. In this work, Fr. Josiah presents historical background on each of the various denominations, their specific theological tenets, their opposition to the teachings of the Holy Fathers and the Tradition of the undivided Christian Church, and the author s refutation thereof according to Holy Orthodoxy.
Father Josiah is a serious scholar; his well-documented research confirms this. He is also an incredible pastor; his presentation is oriented toward and well-suited for the parish setting. This book will be of great value to clergy in their preparation of catechumens from Protestant backgrounds. It will also be of great assistance to our laypeople, helping them to understand their own Tradition and enabling them to defend the Orthodox Faith in response to the teachings of the various Reformers.
--Rt. Rev. MICHAEL (Duhalich), Ph.D. Bishop of New York and the Diocese of New York and New Jersey

A Trace in the Sand: A Tale of the Early Martyrs

Peter: The Rock of the Church