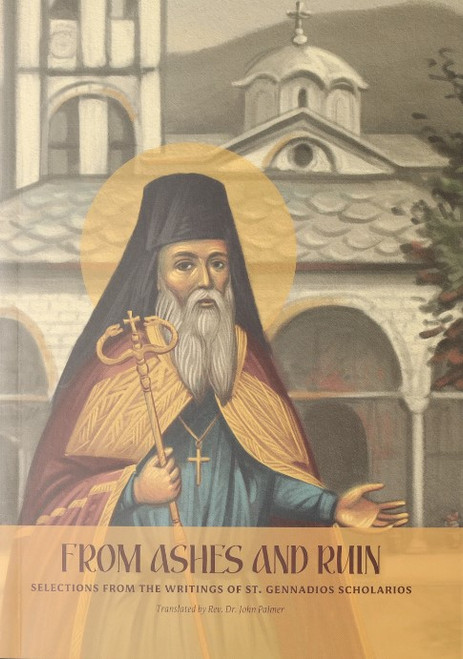 Gennadios Scholarios, sometimes called the “last of the Byzantines,” was the first Patriarch of Constantinople after the violent overthrow of the Byzantine state on 29 May 1453. He was a survivor of a once great civilization, the tattered remnants of which were swept away by the conquering armies of Islam. The drastically changed circumstances raised inescapable questions about the nature of one’s identity in such a strange new world. All, or nearly all, the institutions that had defined and supported his sense of self had vanished seemingly overnight. He had become, as it were, a displaced person, a stranger in the city of his birth.

While known to scholars and historians primarily as a theological writer, Gennadios was also a pastor who authored many works designed to edify and inspire the faithful. These works touch on virtually all aspects of the life in Christ: from sin and repentance, to questions of free will, faith, prayer, fasting, Almsgiving, participation in church services, the sacraments, and the life of holiness and virtue. His teachings are clear and forthright, filled with spiritual counsel, practical advice, and deeply shaped by Scripture and inspired by the spirit of the Fathers, and thus fulfill the injunction of the Apostle Paul: “Preach the word; be prepared in season and out of season; reprove, rebuke, and encourage with every form of patient instruction” (2 Tim 4:2). Father John Palmer is to be congratulated for making these texts available in a clear and readable translation, providing us with what is now the largest collection of works by Gennadios Scholarios in English.

Wisdom from Mount Athos: The Writings of Staretz Silouan, 1866-1938

This Was From Me

Oil from the Lampada before Icon of St Job of Pochaev

The Truth of Our Faith

St Gregory Palamas as a Hagiorite