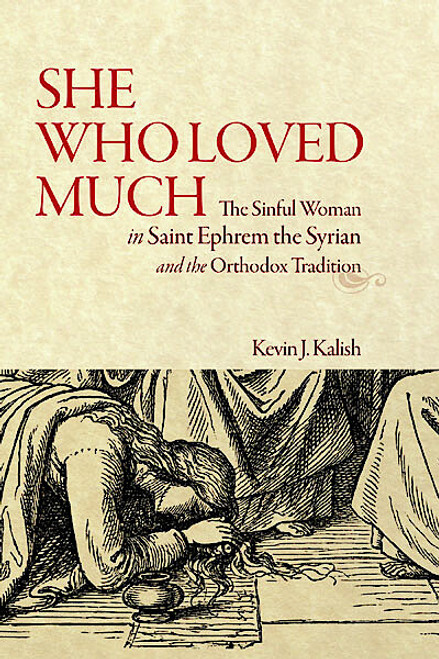 This sharply honed and well-constructed work brings to the fore and explores the New Testament story regarding the woman who entered a house where Jesus was dining and anointed him with precious oil shortly before His Passion and Crucifixion. The author unveils the intricate nature of the tradition of the Church that gives the woman a voice and elucidates her backstory through its liturgical poetry, oratory, and other writings. Scholarly consideration is given to all these sources in addressing questions such as:  Who was this woman? Where did she come from? How did she acquire the precious oil? How did she enter into the house of Simon uninvited? How did she perceive her own bold actions?

The reader will learn that in the liturgical tradition of the Orthodox Church, as found in the hymnology of Holy Week, this sinful woman is shown to be an example of repentance and unconstrained love. The intricate nature of the hymns and homilies of the Orthodox Church give greater scope and application to the biblical record primarily in Greek and Syriac manuscripts, with particular attention given to the former texts, too often overshadowed by the latter. The author shares previously inaccessible texts of late antiquity such as homilies by Amphilochius of Iconium and Ephrem Graecus found here in English for the first time.

This in-depth and readable study will engage those who encounter the story of the sinful woman in the living tradition of worship within the Orthodox Church, together with those who have encountered this story in Scripture, or in the course of their academic studies.

The Orthodox Understanding of Salvation: Theosis in Scripture and Tradition

Illness and Cure of the Soul in the Orthodox Tradition

Purity of the Heart

Saints from All Walks of Life

300 Saying of Ascetics of the Orthodox Church

Apodictic Treatises on the Procession of the Holy Spirit