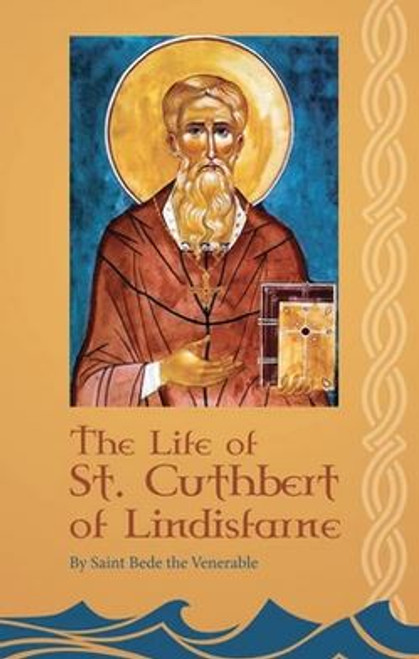 While shepherding on the border of Scotland and England, the young Saint Cuthbert had a vision which led him to become a monk. His asceticism surpassed all those of his generation, bringing him to the heights of noetic prayer and spiritual vision, and most importantly, to the depths of humility. For this, God granted him the grace to work miracles and sent him out into the country to preach to the pagans, many of whom converted to the Orthodox Faith.

Saint Cuthbert oftentimes spent entire months traveling the countryside preaching the Word of God, healing the sick by the grace of the Holy Spirit that was given to him in superabundance. Elected abbot of the Melrose Monastery, he never slackened his austere struggles, sleeping only one night in three, fasting relentlessly, and keeping all-night vigils in prayer while standing in the freezing Celtic Sea. He never celebrated the Divine Liturgy without shedding copious tears, and he wept with compassion for the sins of those who confessed to him.

Grace led him out into the wilderness of a deserted island inhabited only by demons, where the saint dug out of the rock two small cells in which he prayed for the world continually day and night, alone with God alone. At the end of eight years, he became the Bishop of Lindisfarne where in two years he transformed the region into a truly worthy Christian kingdom.

The Life of Saint Daniel the Stylite

The Life of Saint John Chrysostom

The Life of Saint Makrina & On Virginity

The Life of Saint Hilarion the Great

A Wonderful Revelation to the World

The Pearl of Great Price

Akathist to the Holy Archangel Michael, Protector and Defender of the Faithful