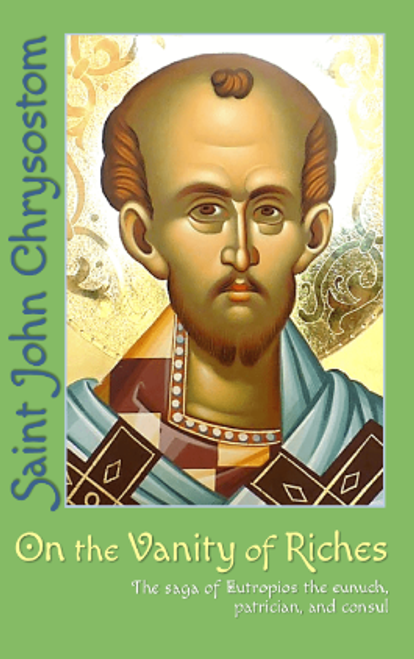 One of Chrysostom’s most brilliant and compelling works

The holy archbishop preaches on the vain and fleeting character of worldly honor, prosperity, luxury, and wealth.

The homilies contained within this volume are some of the most fascinating discourses in history. When a former eunuch-slave Eutropios finagled his way through intrigue into the upper echelons of the imperial court of Constantinople, he all but ruled the Eastern Empire as the puppet master of a feeble-minded emperor. But when in a moment he was hurled from the pinnacle of power into the lowest depths destitution, there was but one place to which he could turn in his distress—the sanctuary of the Church. Saint John Chrysostom rejoiced in the opportunity to benefit his flock through such a vivid example by delivering, quite simply, two of his most brilliant and compelling homilies on one of his favorite subjects.

Homilies on the Parable of the Rich Man and Lazarus

An Exhortation to Theodore after His Fall

On the Holy Spirit (SAGOM)